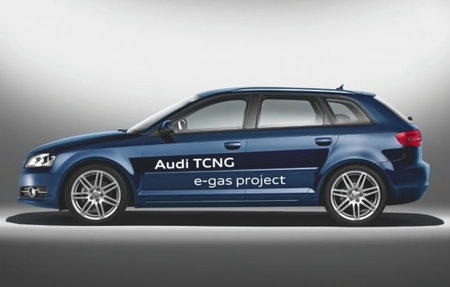 German automakers Audi are looking to bring a change, and are planning to do so by introducing the energy from the winds as a source to power up future electric and natural gas vehicles. No car is truly carbon neutral, since somewhere in its life it directly or indirectly leads to carbon emissions, be it during manufacturing, or while charging up. Audi plans to set up four wind turbines in the North Sea that will together generate as much as 53 GWh of electricity. This clean energy will then be trickled into the power grid and will also power up Audi’s e-tron vehicles and help the company produce hydrogen an e-gas for its cars.

A move as such will help Audi clear up its carbon footprint to quite an extent, though a lot more good could come off it if Audi continues on its green spree to change the automotive industry.
[Cnet]