Audi R8 is the first all-LED car in the world 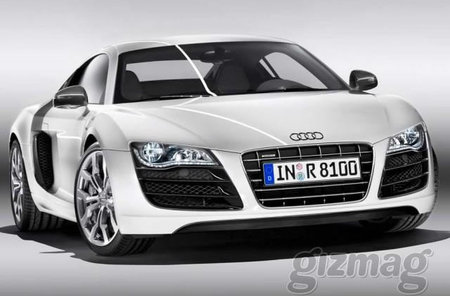 Audi R8 zooms in as the first all-LED car in the world. Right from head lamps to daytime running lights to other indicators, the energy saving LEDs power up every light source of this vehicle. Pushing aside the battery draining halogen headlights, the four times more energy efficient LED headlights render homogenous light distribution and daylight-esque color. Such a LED headlamp heralds the eco-friendly onset of the headlamps that help to leave lesser carbon footprints. The Audi R8 also boasts of a LED footwell lighting, light and rain sensors and LED engine compartment lighting.

Fitted with LEDs in and out, it also features an automated adaptable headlight that offers exceptional visibility at night without irritating oncoming drivers. Dr. Wolfgang Huhn, Head of the Light and Visibility Department at Audi, rightly states, “A lot of people initially viewed this development as a mere marketing gimmick. Yet everyone who has seen these lights in action is not only astonished by the excellent output but also thrilled with the homogenous distribution of light and the agreeable, daylight-esque colour of the light.”
Source