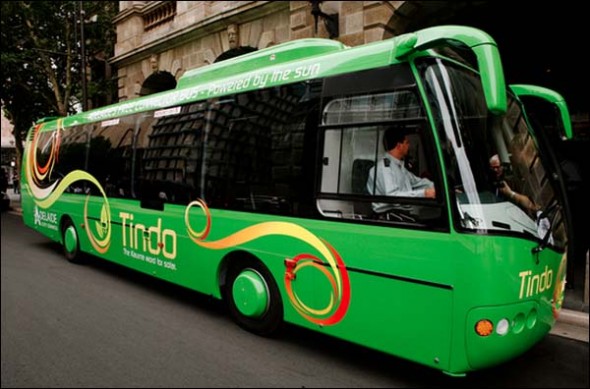 And just when we were beginning to think that nothing gets greener than an electricity-powered mass transit system, along comes a solar powered success story hailing from Adelaide, Australia! Called the Tindo electric bus, this vehicle uses solar energy to juice up its batteries. This is the world’s first 100% solar-powered electric bus and is named after the Aboriginal word for “sun”. The best part of it all is that this bus service is offered to passengers for free!

The Tindo was designed to be part of the Adelaide Connector Bus service, a free service run by the City Council. The bus offers free WiFi and also sports an air-conditioning system to keep passengers comfortable during their commute. The bus can carry 40 passengers at a time and a fleet of vehicles like these could substantially reduce just about any metropolitan area’s carbon footprint!