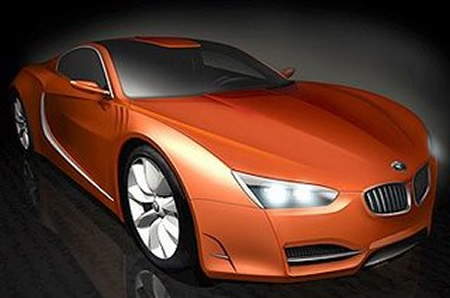 Even though plans have been cancelled for the M1 Homage Concept, BMW has not given up and is going ahead on the idea of an environmentally friendly supercar dubbed as the Z10. BMW engineers are working on a mid-engine super car which will be answer to the Audi R8. Oh by the way the R8 really looks good and is real head-turner. I saw it in the mall one day I kept staring at for 30 minutes. I know its bad but I just couldn’t take my eyes off it! Anyway, coming back to the story, unlike the R8, the Z10 will feature a 2+2 layout with more usable space and will be available as coupe and a roadster. BMW is reportedly leaning towards a twin-turbo inline-six for powering the Z10. The Z10 is very likely bow with a 450 horsepower, 350 lb-ft of torque version of the company’s 3.0L inline-six. The Z10 will also be packed with plenty of other green technologies which include a system that uses exhaust heat to pre-heat lubricants to improve efficiency. Active aerodynamics will also be part of the Z10 package. The price will be around $110,000 but hold your horse till 2014.
[Leftlanenews]