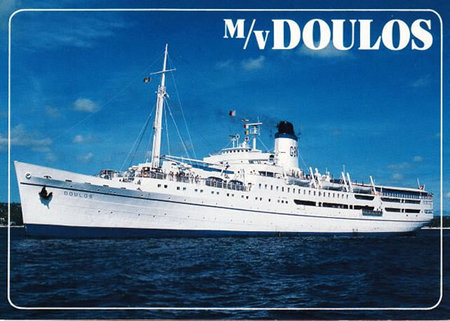 The granddaddy of ships, the MV Doulos is destined to be a hotel. A Singaporean businessman, Eric Saw, the director of BizNaz Resources International plans to invest 7.5 million Singapore dollars (5.33 million US dollars) on turning the oldest ship in the world into a luxury hotel with restaurants and a book store. The hotel-ship will boast luxury rooms, banquet rooms and also a maritime museum and offices. That’s not all; the ship will also be rechristened as the Doulos Phos, which literally means “servant” and “light” in Greek.

Eric Saw brought this ship from the German Christian charity GBA Ships, the guys who used it as a floating bookstore since 1977 till its decommissioning last year. The ship was built in 1914 (that’s two years before the Titanic) and was doomed to a scrap yard had it not been for Saw. This 130-metre-long ship was used to haul sweet onions in its early life from Texas to New York. It was also used as a supply vessel US military in World War I, lent a hand of support to the US navy and coast guard vessels in World War II, and was a cruise vessel. A great way to recycle an old ship with a long history!
Via – [Luxurylaunches]