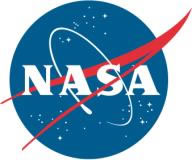 In March there was a bit of disturbing news from space. No, there hasn’t been an alien attack and there isn’t going to be a war of the worlds, but NASA got a bit of credit crunch hit them as well and decided to recycle urine to drinkable water onboard the space craft. It would be the craft’s Urine Processing Assembly. So now, what they, the Expedition 19 astronaut crew aboard the International Space Station, sent some of these recycled urine water to earth to see if this indeed works well for the thirsty astronaut and guess what? It is supposed to be purer than some water being used on earth!

A Water Recovery System team that station program managers approved this ground breaking decision. Two other space crews had also submitted samples of this recycled water back to earth. A total of 5.28 gallons (20 liters) of recycled water were tested for purity at the Water and Microbiology Laboratories at Johnson. A special Space Station Program Control Board meeting on April 27 reviewed the analysis, which showed contaminants were well below established limits, and concurred that the water is safe and healthy to drink. Mission managers elected to postpone consumption until a sticky check valve in the Urine Processing Assembly was removed May 18. I might not look at water the same way again. I am shifting to coke. Oh wait, that’s aerated, flavored water. Ok I am going to die thirsty.
[PRNewswire]