Recycle at home with home-based recycling bin by Singaporean students 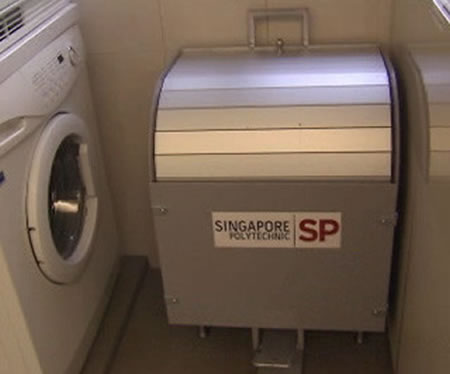 Recycling your garbage will now be a lot easier and a task performable at home, thanks to this development by Singaporean polytechnic students. A bunch of students have developed a home-based recycling bin that was awarded the Special Merit Award from the Green Wave Environmental Care Competition for its design. Currently waiting to be adopted by a manufacturer, this recycling bin will not cost more than $20 and is sure to end up in most households in future. Unlike other bulky public recycling bins, this one’s small and compact and isn’t too much of a space hog. The 106 liter bin was developed in accordance to a survey conducted in 100 households; where in majority of the people stated that they certainly would recycle, if a gadget like this was available.

Recycling will now be a household matter, when this awesome appliance hits store shelves.
[Examiner]