Olympic banners to be recycled as binding agents for flooring 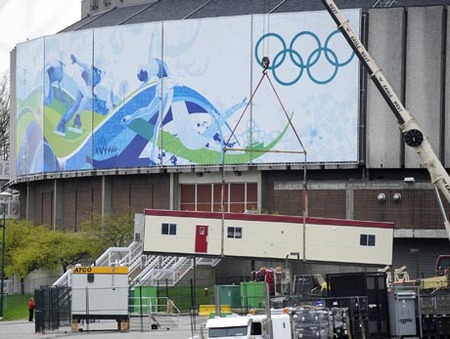 In an innovative move by 3M, graphic provider for the Vancouver Olympics 2010, the banners used for the Olympics will be recycled to form binding agents used for making long-lasting limestone flooring for educational and health-care buildings. Not only banners but also the thousands of stickers used will be recycled after the Paralympics. 3M plans to recycle about 200,000 square-feet of banners by this method. Apart from this, VANOC has also started an initiative in which beginning from April hundreds of street banners and stickers used in the Olympics will be sold on eBay as souvenirs. It also plans to sell the GM vans used in the Olympics as “Olympic Souvenirs” at a special price.

This is a very thoughtful move on the part of the organizers as it recycles a large number of things which otherwise would have only added to the waste.
[theprovince]