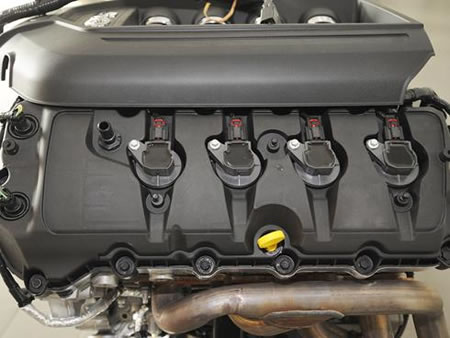 If you’ve just brought a shiny new Ford, here’s an interesting fact. The car’s cylinder head covers might have, at one point of time, played a very different automotive role, probably being the carpet of an old Ford! That gives your new car a modest touch of a classic, with the carpeting being pulled out of a graveyard and breathed life into once again. Ford has been recycling old carpets used in cars since 2010, and has saved 430,000 gallons of oil in the bargain. If all the material recycled by Ford was put together, it could very well cover 154 football fields. That’s roughly about 4.1 million pounds of carpet material! To make the cylinder covers, the carpets are ground up and churned into nylon resin. This is then moulded into covers.

Ford has also gone to the extent of using soy foam seat cushions and recycled fabrics in its vehicles, to push up the level of green! Maybe other automakers around should take inspiration from Ford’s efforts to save the earth and develop some fantastically environment-friendly cars.
[USA Today]