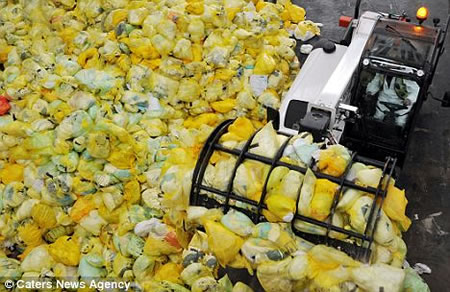 Having poop to shelter your head from the elements hasn’t really been an option before, though Britain will now begin doing just that, with the opening of its newest recycling plant. The plant by Canadian firm Knowaste will recycle 36,000 tonnes of nappy waste to produce roof tiles. Britain generates half a million tonnes of waste from disposable nappies on a yearly basis with an average baby cycling through a good 6,000 nappies before finally figuring out how to use the toilet, with each nappy taking a whopping 500 years to decompose!
The plant is expected to help reduce at least 22,000 tonnes of greenhouse gas emissions per year, almost as good as kicking 7,500 cars off UK roads!
[Dailymail]