Human waste to be used to power vehicles and save cash 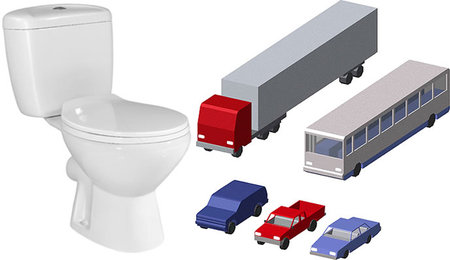 Hamilton is setting itself to be the first Canadian Municipality where every flush of a toilet will be fueling a city vehicle. The technology being used in several European countries for decades, will allow the city to harvest methane gas from sludge instead of wasting valuable resources. Hamilton is getting a grant of 30 million dollars as infrastructure grant. The project must be completed by March 2011. The biofuel will be used to power 110 water and waste water vehicles which will be retrofitted with special engines. It will cost $6000 each but there will be expected savings of $1 million in annual fuel savings which will pay back the expense quickly.
[TheStar]