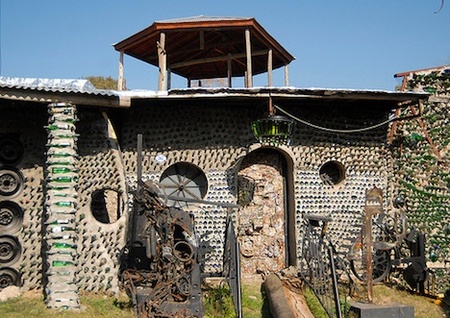 Who said that empty beer bottles are of no use! Tito Ingenieri, a resident of the city of Quilmes, has built a massive house using empty beer bottles and other trash. This house, which helped rid the streets of Quilmes of empty bottles, is supposed to be made using more than 6 million bottles. Tito Ingenieri says that he has also used other trash materials such as scrap iron in the house. The house also has some sculptures which are made from trash. Although the house doesn’t have too much of an aesthetic appeal it surely is helping the environment by recycling so many waste bottles.

Apart from being an eco-friendly concept the house also acts an alarm. The southern winds, which blow when the river is rising, make the necks of the bottles whistle. The idea for this house, which came to Ingenieri as a necessity, is surely something more people should adapt on to make this world a better place.