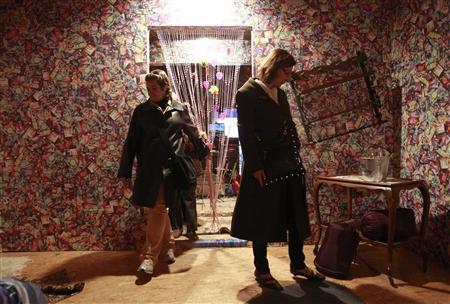 Hotels sparkle and shine in all their hospitable glory. Some deviate from the usual cement and concrete mix though, opting for rubbish instead. In the heart of Spain in central Madrid stands a hotel, a load of rubbish indeed. Made by German sculptor H.A. Shult, this hotel took a whole 12 tons of recycled junk to build. Located in Madrid’s Callao Square, the hotel known as the Corona Extra Save the Beach Hotel and has five double rooms that have already been booked by the guests, who’ll come live in a bunch of rubbish, with the hotel opening its doors on January 19th. The hotel is a subtle reminder to the need for recycling.

So is living in recycled trash hospitable? Well it sure seems to be, taken that the hotel has had a load of attention already!
[Reuters]