Harley Davidson replica made out of recycled cardboard by Kenny Scott 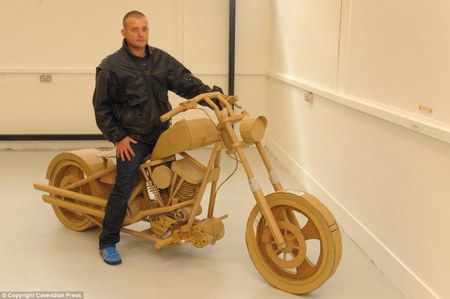 We’ve seen a Honda NSX super-car cardboard before. Well, this time it’s just a set of two wheels in cardboard. Kenny Scott, an art student and motorbike fanatic, came up with this awesome replica of a full fledged Harley Davidson, made entirely out of recycled cardboard. No chrome and metallic parts here. It’s cardboard, through and through. Using recycled card, paper glue and a craft knife, Scott created this Harley, green enough to the Hells Angels in wide eyed wonder. The model won best in show at the University of Central Lancashire end-of-year exhibition too!

The 38 year old father of one considers creating a full-scale replica of a Spitfire, a World War II plane in future, again using recycled cardboard and glue. We wish him luck on this green endeavor! 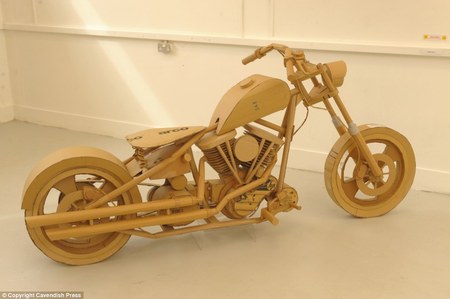