Chess set made out of reclaimed computer parts 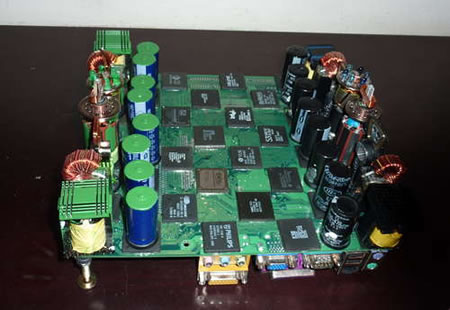 Planning to throw away the insides of your computer? Think again. You can make yourself a cool chess set instead! The chess board of this set is made out of the underside of a motherboard and 32 microprocessor chips. Bolts press fitted into the chassis helps elevate the board. The pawns are made out of capacitors while power transformers were transformed into rooks. To make the knights, power supplies with plastic encased relays were used with heads made out of inductor coils. Hard disk armatures were used to make the holy bishops while the beautiful queen was made out of a clock battery, RF choke filter ferrite core from data cable, electric motor core from pen-plotter motors and the crown out of hard disk platter washers with LEDs for jewels. The kings were made out of motor cores of two paper shredders with crowns made from hard drive washers, topped with the armature from old Zip drives.

This sure is a nice way to rip the belly out of your old throwaway PC and create a magnificent mind game out of what’s left. 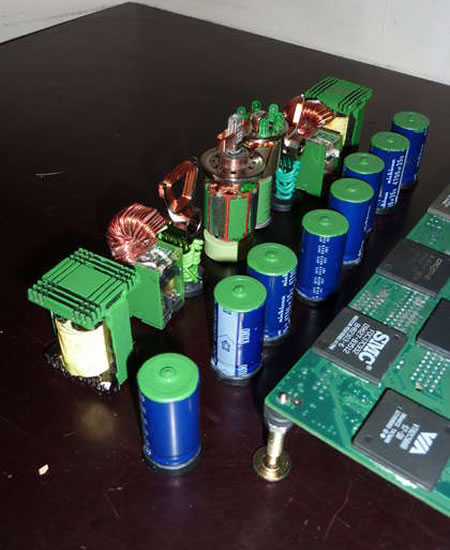 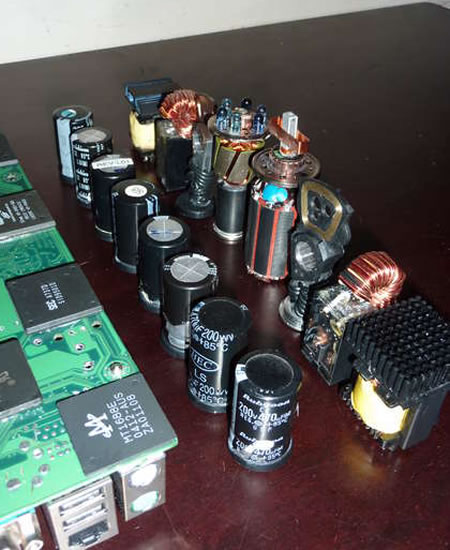