Bicycle path made of recycled printer cartridges at the Simpsons Gap 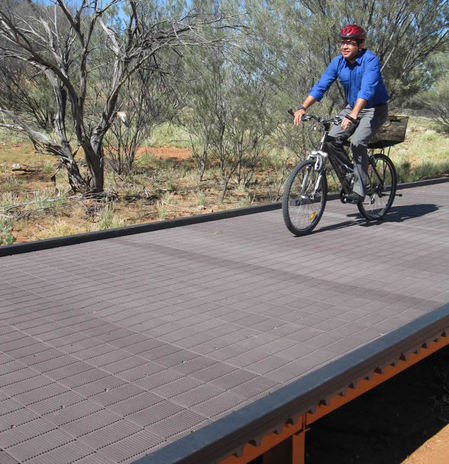 You buy a printer. Hook it on to your computer. Print out the stuff you need and empty out the cartridge. Where does the empty cartridge go after you dispose it away? To the e-waste dump at your city’s landfill! So, the Northern Territory Government came up with a way to recycle these cartridges, turning them into bicycle parks! The Simpsons Gap bike path, a popular tourist spot in Central Australia, has been upgraded with the use of recycled printer cartridges by the Northern Territory Government.