7 ways to turn trash into gold, with a considerable amount of recycling and good luck 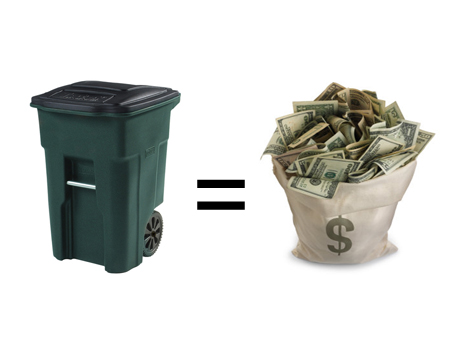 Maybe you haven’t thought of it before while carrying that waste bag of yours to the dumpster, but you could actually get rich using a few innovative and clever ideas with that bag in your hands. A few people came up with some pretty awesome ways to get rid of their trash, and make a few bucks too! Take Curt Degerman for instance. The people of Sweden would often see skimming trash bins and eating out of them. What they didn’t realize was this man took the recycling refunds to the stork market, to get richer by $1.4 million before his death. TerraCycle and Tom Szaky have a green tale too. The 19-year old student came up with containers of organic fertilizer produced by worms, using soda bottles to sell these fertilizers and amassing $ 1 million in 2006. He further stepped into the plastic recycling business too.

Zhang Yin and her husband from Nine Dragons Paper would go around collecting paper, which was then sent to China to recycle into cardboard boxes. Doing so had her earn around $1.5 billion in 2007. Elizabeth Gibson looked a bit more closely in a trashcan and had her hands on a 1970 painting by Mexican artist Rufino Tamayo, which was earlier stolen. Gibson received a thank-you reward of $15,000. Eli Reich of Alchemy Goods is busy building his fortune with bags made from recycled bicycle tire inner-tubes. A long but tried and tested way involved an electrician, Mac Robertson, who kept artist Francis Bacons trash and later sold them for millions at a Surrey auction house. And the best way to get rid out of trash, collecting scrap metal from factories and companies that can fetch a good sum of money has had loads of people earn their fortunes. So, get rich or dig into your trash-can trying!
[Treehugger]