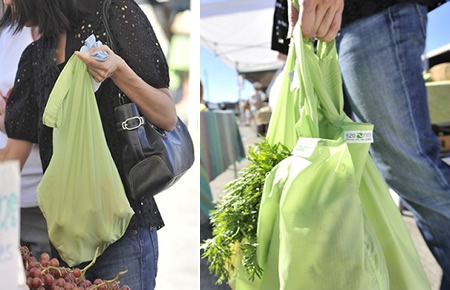 The stars have to keep their audience, don’t they? If global warming is going to wipe out most of the human kind will go which means TRP ratings go which means the actors will go hungry. Far fetched, but whatever. The components of these 520-nm bags are made from recycled materials including the label and are available in three sizes.
Press Release