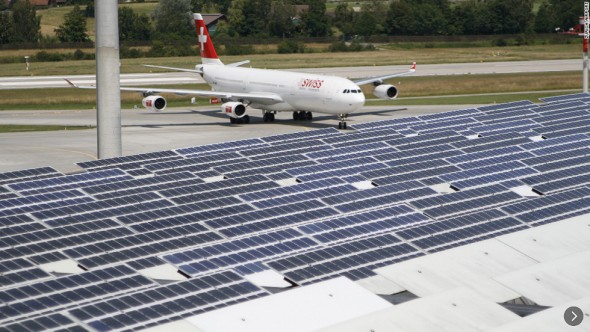 In the UK, aviation is a vital part of the economy as it supports everything from tourism to manufacturing services. This critical infrastructure is how people take holidays or do business in other parts of the world. The modern and dynamic economy impacts the environment in many ways, from pollution to carbon emissions. Below we focus on the environmental impact, how airports are going greener and what the future holds for airport infrastructure.

END_OF_DOCUMENT_TOKEN_TO_BE_REPLACED 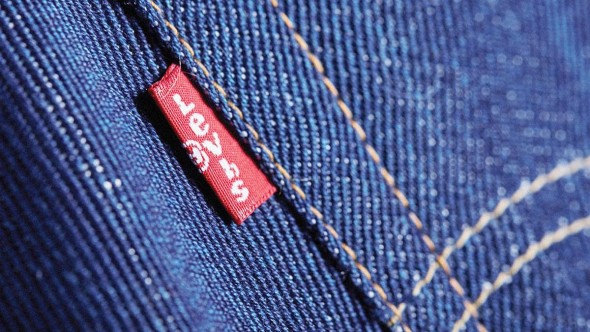 Can your old clothes be recycled to create new ones? Why not? In fact, your old t-shirts could be repurposed to make a swanky pair of jeans. That’s just what Levi’s and Evrnu worked on together. The company had earlier shown initiative in creating jeans from recycled nylon waste and bottles but conjuring up a new piece of clothing from cloth itself will surely be more achievable and cost effective. Evrnu has devised a technique where five old t-shirts can be used to create the new pair of jeans by consuming just 98 percent less water than regular cotton production. Evrnu has a patent-pending technology that breaks down cotton, thus enabling swifter production. Levi’s has recognized that water conservation finds a great opportunity in the way cotton is dealt with and this amazing new move is just what the doctor ordered for an ailing, fashionable planet.

END_OF_DOCUMENT_TOKEN_TO_BE_REPLACED 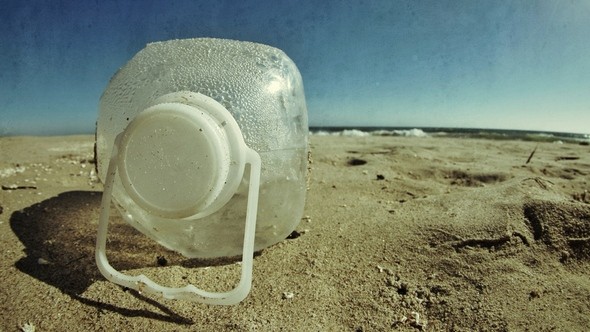 Remember the Levis jeans that were to be made from recycled nylon waste from fishing nets? You can now have sneakers that are made from recycled ocean waste too, thanks to Adidas. The company has partnered with Parley for the Oceans that is made from recycled oceanic plastic and 3D printed fibers. The shoe is said to be a good looker as well. This means that you can pick your favorite brand of sneakers from the shelf and have the satisfaction of having done your bit for the environment. The company has been proactive in reducing the polluting effects of plastic by phasing it out plastic bags across retail stores and reduced the plastic micro-beads in its body care products.

END_OF_DOCUMENT_TOKEN_TO_BE_REPLACED

The 2017 BMW i3 offers 50 percent improvement on battery capacity 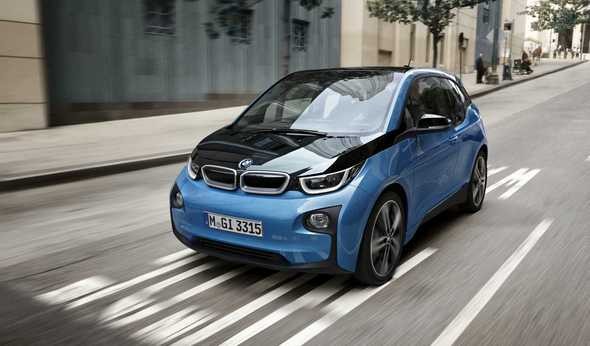 The BMW compact electric car has just received a welcome improvement on performance. The 2017 BM i3 (94 Ah) arrives with a battery capacity that has increased by fifty percent. The capacity is now 33 (kWh), thanks to the lithium ion cells that pack a higher density. The good thing is that even with this increased capacity, the size of the battery still remains the same. The car can easily pull off a 114 mile drive in arduous weather conditions, with the heater or the air-conditioning turned on full blast. It also has great pickup for an electric car, managing a 0 to 60 climb in a matter of just seven seconds. As soon as the battery charge dips to a level around 6.5 percent, a 2-cylinder gasoline engine is switched on for backup so that you can find the next, closest charging station to power up.

END_OF_DOCUMENT_TOKEN_TO_BE_REPLACED

Stockholm to make its tallest skyscraper entirely of wood! 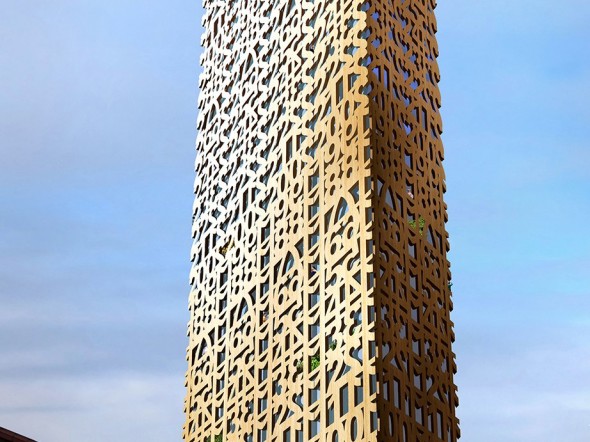 Sweden have led the charge to a sustainable future where organic elements are given priority in the production value chain as well as utility. This is why the country is inspired to create its tallest skyscraper and use only wood for the build. The structure will be designed by Anders Berensson Architects and will extend to 40 floors. The entire building will be made out of cross-laminated timber (CLT), which is known for its durability and strength. It is the same wood used to construct all-wood apartments in Portland Oregon. The building will be 436-feet high and include everything from 850 sq. ft. apartments to shopping areas and even private terraces.

END_OF_DOCUMENT_TOKEN_TO_BE_REPLACED 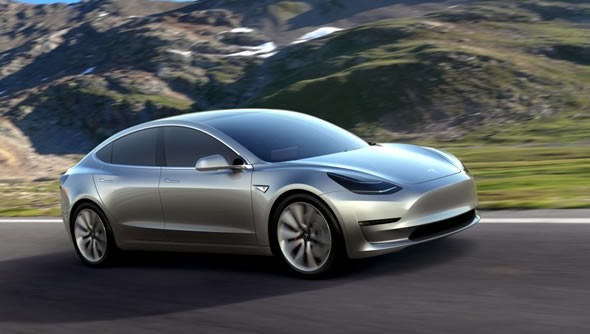 The Tesla Model 3 may cost $35,000 but it has sent a wave of anticipation and love for eco-driving across. The car has received 325,000 pre-orders for the car amassing an assured future earning of $14 bilion. This has led to good things for brand Tesla as well, with the company confidently going ahead and upgrading its factory in Fremont, California. Each buyer has pledged $1,000 to reserve their cars. It could be the yearning for a car that is less polluting or maybe the low pledging fee that made the one-week launch of the Model 3 the biggest for any brand. This means that this could well be a top-seller over the iPhones and PlayStations of our times.

END_OF_DOCUMENT_TOKEN_TO_BE_REPLACED 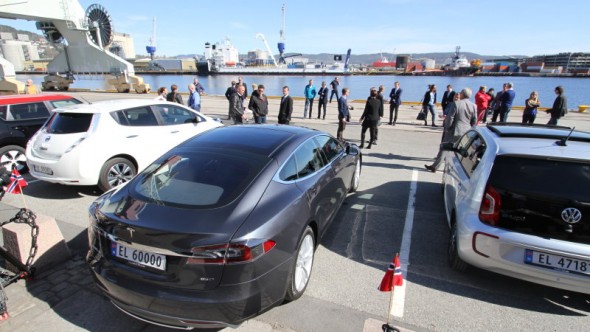 Scandinavia continues to be the ruling sustainability belts from across the world, this time with Norway. Last month (March) over sixty percent of all cars sold in Norway were either hybrids or electric hybrids. The report presented by Dinside Motor surprised the world of sustainability advocates. The numbers may not really seem high when you compare it with car sales of most nations but Norway isn’t known to be too populous either. The country sold 3,400 hybrids, 2,600 electric drives, and 2,000 plug-in hybrids in March. The US is far behind the 60 percent mark at a measly 2.6 percent in the light-vehicle segment.

END_OF_DOCUMENT_TOKEN_TO_BE_REPLACED 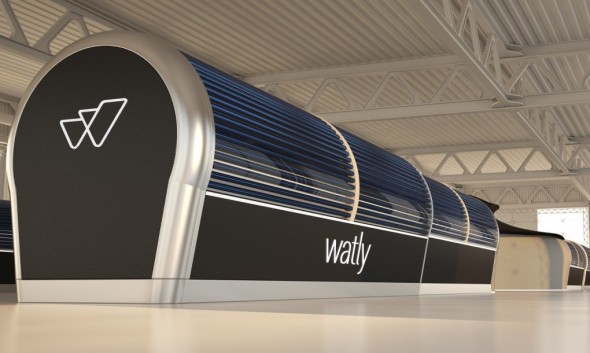 Sustainable resources are those that go a long way in ensuring complete independence from non-renewable sources. The Walty multi-tasking setup in Ghana is a prime example of a system so efficient that it can change the way people look at solar energy. This amazing plant offers residents power supply potable water supply and even Internet connectivity. The pilot version did well for the company that runs the show and now we’re gearing up for an even bigger and more efficient Walty 3.0. The company has raised a crowdfunding campaign on Indiegogo to develop what could be the world’s biggest solar-powered computer. The 40-meter long setup will help generate 1,320 gallons of water, daily, for the next fifteen years. It will also enable power for device charging in up to 3,000 homes.

END_OF_DOCUMENT_TOKEN_TO_BE_REPLACED 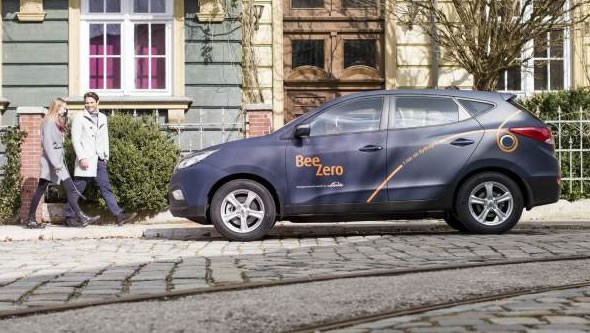 Sustainable transport couldn’t have a greater superlative than this. While fuel cell cars are what eco-driving will be in the future, the idea of creating a platform to share these wonderfully non-polluting machines makes perfect sense. Germany’s industrial gases giant, Linde, has launched BeeZero, a car-sharing service that will create a pooling service with Hyundai Tucson Fuel Cell cars. The idea of this is no coincidence in a land where hydrogen research and technology is always in focus. Users can reserve their rides by pre-booking it via a smartphone app. Linde go a step forward and ensure that the hydrogen gas used to power the cars is created from sustainable sources making the experience a truly eco-conscious effort for all.

END_OF_DOCUMENT_TOKEN_TO_BE_REPLACED 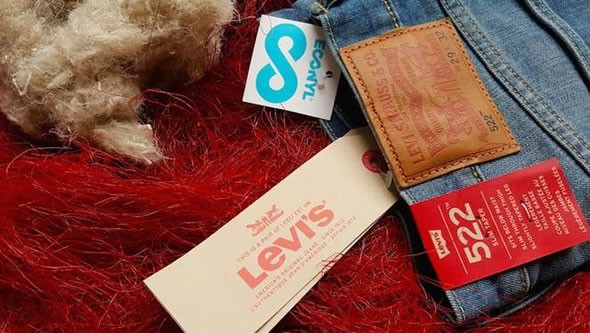 Fishing nets are aplenty in the oceans of the world. Mostly, discarded nets end up in balls of tangles often to disappear into landfills. They also prove to be a visible threat to marine life. So, why not put them to good use? In jeans may be? Levi Strauss & Co. are taking their sustainability actions to the next level by introducing closer to home than their previous venture with water-recycled processes in their Chinese factories. The brand has tied hands with an Italian nylon manufacturer, Aquafil, to leverage the latter’s nylon regeneration prowess. The denim manufacturer has recognized the shortage of cotton when compared to the demand and has joined hands with Aquafil to create clothing made from recycled nylon waste.