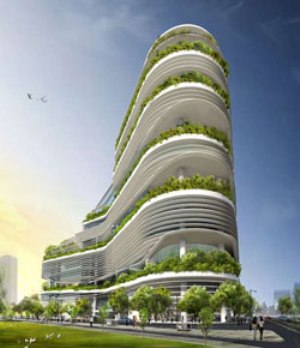 Malaysian-born, UK-based architect Ken Yeang is setting out to build the world’s first truly green building. Fusionopolis will be Singapore’s most eco-friendly building, what makes it so green is a vertical spine of planting that rises up through the 15-storey building. At 1.4km high, it designed essentially as a ‘normal home’ with ‘generational interaction’ between all family members. Yeang believes a building should function as an ecosystem which explains why there are landscaped garden terraces located on each floor of the tower. Greenery improves people’s sense of wellbeing; research has shown that patients who can see trees through their hospital window recover faster than those who can’t. But making a truly ‘green’ building presents multiple challenges, from drainage and irrigation to picking the right species of trees and giving them sufficient daylight. It’s no easy task finding plants that survive high altitudes. Yeang’s master plan at Rajarajeshwari Nagar in Bangalore, India, is the real deal. A continuous corridor of planting will weave through the 87-acre site across bridges and through tunnels. It works on the same principle as Fusionopolis, except the planting will be horizontal rather than vertical.

END_OF_DOCUMENT_TOKEN_TO_BE_REPLACED

iPhone 3G is not so green after all

It’s now official that simply putting the eco wrapper on the phone is not exactly the way to go green, we did cover earlier on how Apple made no announcement on green initiatives at its launch. A dissection of the new device revealed its batteries which have the recyclable logo blackened. This confirms that you will not be able to recycle your old batteries after you’re done using it.

END_OF_DOCUMENT_TOKEN_TO_BE_REPLACED

There are inventions that make it easy for us to do a mundane task and then there are inventions which make us wonder how many people’s life it may change. The LifeStraw is one such invention, capable of purifying water on the go and directly from the source to the user. Capable of purifying water through chromatographic techniques as well as common filter methods, the LifeStraw can process 700 liters with a 1 year expiration and 3 year shelf life. That’s roughly 2 liters a day for the Personal model. Bacteria and viruses that cause diarrhea and other digestive sickness are safely removed from non-saline water sources. The personal model does not filter heavy metals like mercury or parasites such as Giardia. LifeStraw, however, has a Family model that is capable of removing, for all intents and purposes, all viruses, parasites, and bacteria even in turbid water. With a capacity of 17,000 liters the Family model uses a fixed reservoir and tubing to supply the filter unit with an on-off valve. Intended for in home use the Family edition is less portable and requires more frequent and thorough cleaning. The LifeStraw was studied and tested by the University of North Carolina and developed by Vestergaard Frandsen of Switzerland and the USA.

END_OF_DOCUMENT_TOKEN_TO_BE_REPLACED 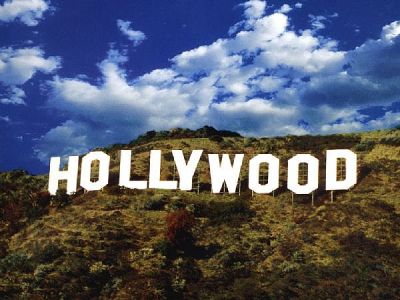 Fuel prices affect all but now movie studios are feeling the production pinch, but for some in Hollywood it barely matters. Ingo Volkammer’s Leomax Entertainment, a Los Angeles- and Berlin-based financing and production banner, has found that the jump in oil prices has opened up its financing options. The company has created a five-year slate using money from an oil-based hedge fund — one of its current projects is a thriller called “Short Cut” from Adam Sandler’s production company — and found financing relatively easier to come by. This is because tax laws in some European countries require that windfall profits are taxed heavily unless the money is quickly invested in an intangible asset like film. This means that even if a movie loses, say, 20% or 30% of its money, investors still come out on top because those losses pale compared with what a government might have taken. However the greatest potential upside to oil and gas price increases lies with ticket sales at the box office. In 1981 and 1982, for example, oil prices rose roughly 30% and then 10% year-over-year; in that same period, box office saw sizable increases of 8%, then 16%.

END_OF_DOCUMENT_TOKEN_TO_BE_REPLACED

Most car companies are focused merely at the providing their consumers with an alternative to fuel without changing their old hazardous habits. Lotus however has gone ahead and announced an environmentally-friendly car with its Eco Elise demo vehicle. Expected to be launching at the British Motor Show later this month has the managed to use sustainable materials such as hemp, ‘eco wool’ and sisal in creating the body panels and trim. An environmentally-friendly water-based paint covers these new-age materials. The car is also 70 lbs lighter than the standard Elise S model. Inside there is a shift light that can urge drivers to shift at engine speeds that are ideal for increasing fuel economy and thereby reducing tailpipe emissions. A more extreme effort to save gas involves two solar panels installed in the removable hardtop roof, now made from hemp, that lighten the load on the alternator.

END_OF_DOCUMENT_TOKEN_TO_BE_REPLACED 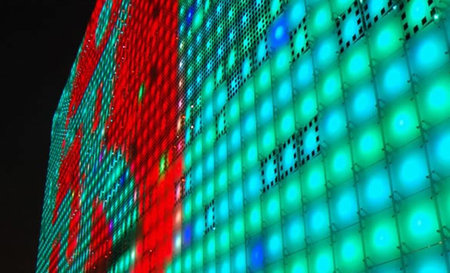 Before you seek the myriad of attractions this summer in China, be sure to experience a new kind of wall. The GreenPix or the Zero Energy Media Wall is a landmark in LED display; it is one of the largest of its kind in the world and is made of 2,292 LED lights, which cover 24,000 square feet. The best part of this display… it is one of the greenest with photovoltaic technology providing the power. New York based architect Simone Giostra and British building engineers Arup explain that display works almost like a living organism; it sucks in sunlight during the day and then uses that same power to generate light in the evening.

END_OF_DOCUMENT_TOKEN_TO_BE_REPLACED

BMW to turn the Mini all electric 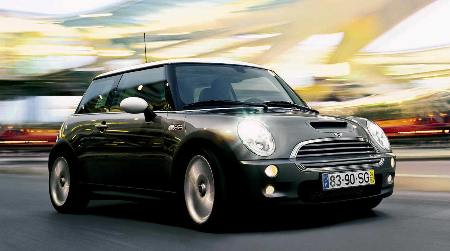 After Mercedes going green with its all electric and ditching petroleum technology its now BMW that’s keen on turning the humble Mini into an all electric car. BMW is testing electric powertrains and is using a fleet of several hundred Minis to experiment with electric drive systems and determine the alternative drive of the future.

END_OF_DOCUMENT_TOKEN_TO_BE_REPLACED 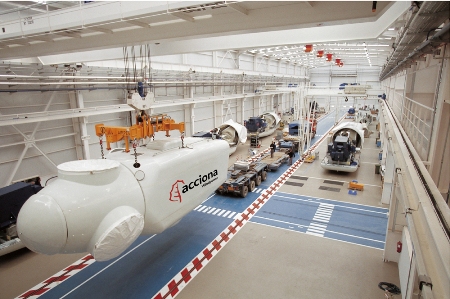 END_OF_DOCUMENT_TOKEN_TO_BE_REPLACED

Showcased at the green pavilion in the Green IT Promotion Council Hokkaido Toyako Summit was Toshiba’s IT Power Measurement Unit. It is aimed at reducing power consumption at homes and remotely monitoring and controlling energy status. The unit is connected with power distribution boards at homes. The power measurement unit measures power used for each system and transmits the data to Toshiba Home Appliances’ server using the “IT Home Gateway” communication terminal for Feminity. Users can check their current power consumption and cumulative power consumption by month, for example, on the company’s “Feminity Club” Web service using PCs, digital TVs and mobile phones. Solar cell energy status can also be displayed.

END_OF_DOCUMENT_TOKEN_TO_BE_REPLACED 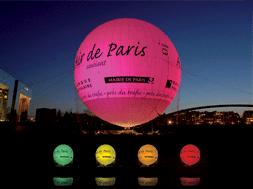 If you want to know how clean or filthy the air over Paris is, then very soon all you will need to do is look yonder to the Helium filled balloon that will indicate the pollution levels. Aérophile has announced the launch of AERO30NG Aérophile 5500 model, which is located in the Parc Andre Citroën in Paris. This balloon is filled with 6,000 cubic meters of helium and will serve as a tourist attraction as well as green-consciousness. Several sensors set up by Airparif, an organization that measures air quality in France, will collect air pollution data from all over the city. After computing the data, the Aérophile balloon will display two measurements: ambient air quality and air pollution produced by auto emissions, which is measured at major traffic junctions. The balloon’s color indicates the ambient air quality using three projectors that are located in the middle of the balloon. Red signifies highly polluted air, orange for polluted, yellow for moderate, light green for clean, and green for very clean.