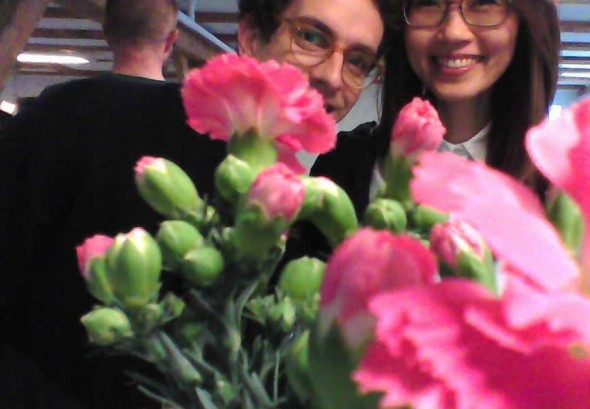 There, there now! Didn’t we warn you all about how addictive selfies could be? It seems to have caught up to plants as well. The Selfie Plant project from The Secret Life of Objects at the Copenhagen Institute of Interactive Design seems to have its noble mission underway. Students Shruti RNR, Haoyu Li and Manu Dixit studies selfie culture in the modern world and tests how plants would react to such a culture. A number of factors lead to the trigger of a selfie such as the mood of the plant, an occasion or even change in the weather. With the help of Arduino Yu, the plant snaps itself from the angle it believes to be the finest and then shares it on social media with the help of python script.

END_OF_DOCUMENT_TOKEN_TO_BE_REPLACED

Norway is building the very first highway for bees

Bees contribute greatly to the planet’s flora through pollination and by providing honey for greedy humans. Yet, all we know them for is their sting. Norway had decided to pay the bees their due with the announcement of the world’s first bee highway. The highway is created to promote movement of the bees without the risks of running out of floral lands. There are a number of intentionally planted shelter points at consistent intervals thanks to the efforts of Bybi, a group that is leading this initiative. Even corporate buildings have contributed their effort and spaces to the cause by lending out their terraces and open spaces to the world’s finest pollinators.

END_OF_DOCUMENT_TOKEN_TO_BE_REPLACED 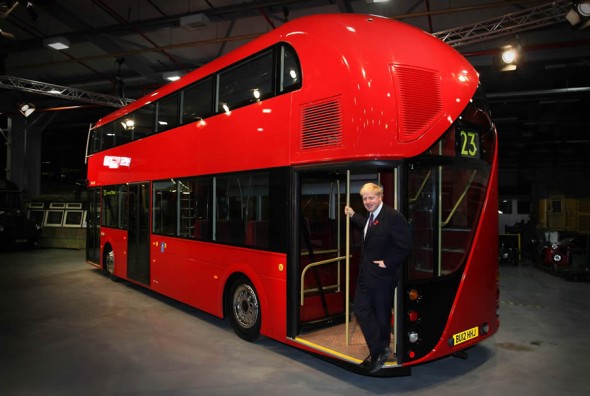 END_OF_DOCUMENT_TOKEN_TO_BE_REPLACED

First ever 3D-printed supercar is eco-friendly as well

Designer Kevin Czinger’s brainchild, Blade, isn’t your regular speedster. It comes with more to offer in design, manufacturing and preserving the environment. Czinger founder Divergent technologies in California, which rolled out its first 3D printed supercar model. The Blade supercar is not only a good looker but also one that handles eco-friendly performance quite well. “Society has made great strides in its awareness and adoption of cleaner and greener cars. The problem is that while these cars do now exist, the actual manufacturing of them is anything but environmentally friendly,” said Kevin Czinger. This makes so much sense that we’re surprised it never occurred to anyone else before. His company is revolutionalizing car building with their very own 3D-printed aluminum Node joint, which connects pieces of carbon fiber tubing to make up the car’s frame. Thus, the cars take lesser time and space to be manufactured. Head after the jump for some impressive specs.

END_OF_DOCUMENT_TOKEN_TO_BE_REPLACED

Everyone’s waiting for the Tesla Model 3 electric vehicle to hit the mass markets soon. There could never be enough cars rolling in from the house of Tesla to overcome the world’s pollution crisis which is why we’re all eager to set our eyes on the real Tesla Model 3. To make the anticipation quadruple, we’ve learned that the Model 3 will come in more than just one form. This means we could expect an entire line of vehicles ranging from sedans to convertibles, all bearing the same hallmark Tesla logo and bringing with it the promise of a cleaner world. With the promise of a 200-mile range, this car will truly set the benchmark high for similar competition.

END_OF_DOCUMENT_TOKEN_TO_BE_REPLACED

Here are Three Fast Home Hacks That Will Save Energy & Money 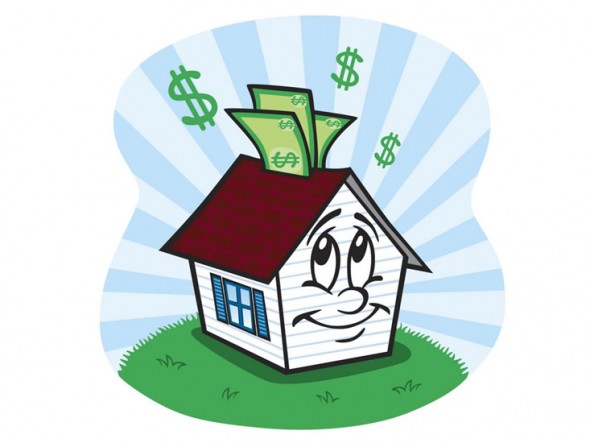 You’d be surprised just how easy it is to conserve the energy use in your house without really sacrificing anything else. Here are a few tips for getting your energy bill down quickly and easily.

END_OF_DOCUMENT_TOKEN_TO_BE_REPLACED 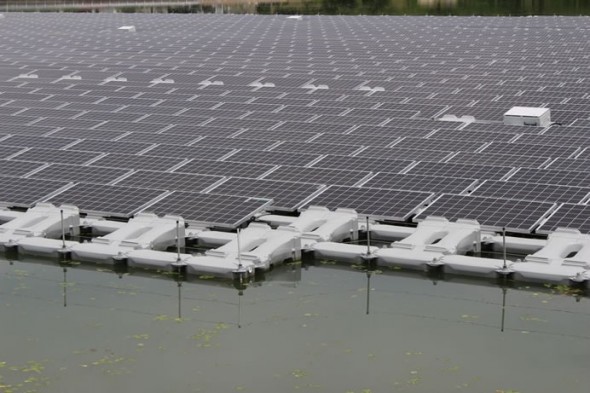 END_OF_DOCUMENT_TOKEN_TO_BE_REPLACED

20% of Dubai’s Cars Taxi fleet to be hybrids 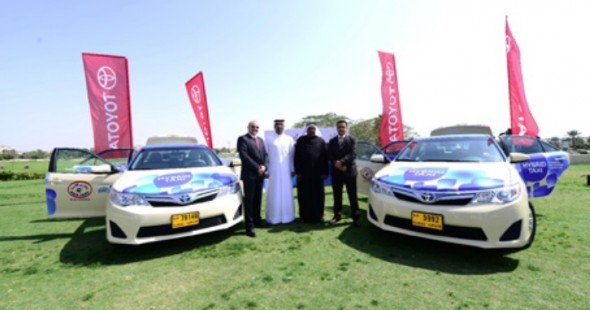 The existing fleet of hybrid taxis is set to increase from 55 to 99. The Cars Taxi fleet has employed 55 Toyota Camry hybrids with the aim of gradually replacing all the regular cars with the smart hybrids. “We are planning to expand our hybrid fleet to 7,000 vehicles across the UAE, and around half of it is likely to be in Dubai. We are really impressed by the performance of these vehicles and are looking forward to replacing our entire fleet with hybrids soon,” said Abdullah Sultan Al Sabbagh, CEO of Cars Taxi Group. Cars Taxi operates 20% of all Dubai’s taxi fleet. The company also operates its cabs in Abu Dhabi, Sharjah, Ajman and Fujairah. The vehicles will combine petrol and electricity to power up the cars, which will run on self-charging electric motors. It will use electricity till the speed of 40 kmph post which it will switch to petrol.

END_OF_DOCUMENT_TOKEN_TO_BE_REPLACED 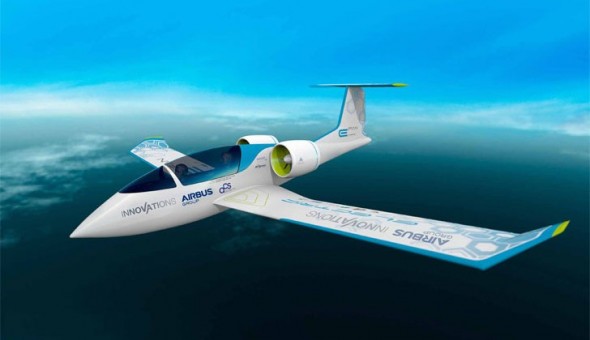 While Airbus is surely the majorly reputed name in the aviation industry when it comes to large aircrafts. However, they are now riding the ecofriendly wave with their all new contraption, the E-Fan 2.0 prototype aircraft. The all-electric aircraft is most likely the first plug-in plane with a 31-foot wingspan and can accommodate two seats. The plane achieves its light weight form with a carbon fiber body. In fact, it weighs just 1100 lbs. The best part is that the flight has zero CO2 emissions thanks to being powered by 120 li-ion batteries that are within the wings (genius!) that power twin 30kw engines. The engines can take the flight to 136 mph.

END_OF_DOCUMENT_TOKEN_TO_BE_REPLACED 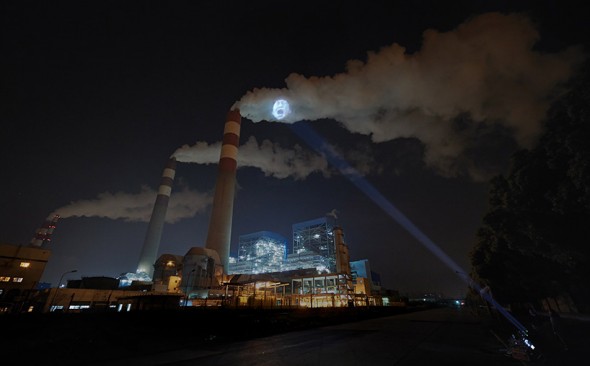 This is as brilliant as it gets in ambient advertising. We see factory smoke and are well aware of how potentially hazardous it can be. Chinese whistleblowers Xiao Zhu have gone a step ahead and ensured that the smoke from factories can be used as the canvas to paint the sorry effect it has on children. In saying so, we have come to appreciate how the organization has used their powerful skyward light beams to project the heartbreaking images of children on plumes of smoke. What better an alternative to paid outdoor advertising than advertising at the source of the problem itself! The message of the campaign is clear, ‘Clean the air. Let the future breathe again’.