Volkswagen to show off electric Microbus Concept at CES 2016 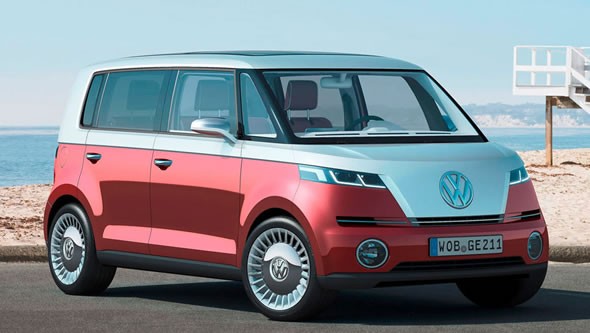 There’s a buzz in the air about Volkswagen’s next big move and its coming right at CES 2016 next month. The company will be showing off a cool Microbus Concept at the Consumer Electronics Show 2016 next month. The little van-like contraption will be powered by a lithium-ion battery and will promise no emissions, giving the brand the much deserved break it needed after the dieselgate scandal. While some may debate the practicality of an electric bus, we can be rest assured that the Microbus Concept can easily cover any distance between 250 and 300 miles on a single charge.

END_OF_DOCUMENT_TOKEN_TO_BE_REPLACED

BMW and Nissan deploy super-fast charging stations across the US 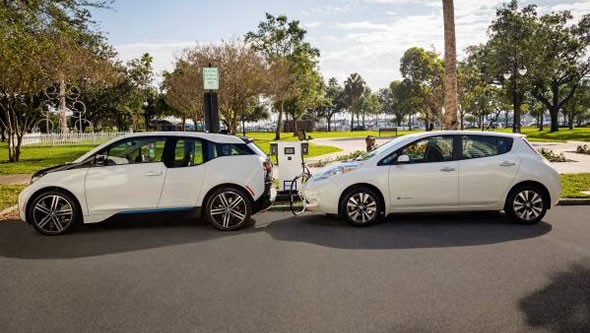 We earlier heard about Nissan and Renault partnering to create eco-charging zones across Paris. Now, Nissan has tied hands with BMW to deploy 120 dual-port 50 kW DC fast-charging stations across 19 states in the US. This is in promotion of green and clean driving as well as the Nissan Leaf and the BMW i3. The charging stations are equipped with CHAdeMO and CCS Cambo connectors that are compatible with all DC fast-charging capable electric vehicles. Speaking on the initiative, Cliff Fietzek, Manager Connected eMobility, BMW of North America, said, “BMW continues to pursue new ways to support the development of a robust public charging infrastructure that will benefit current and future BMW i3 owners across the country. This BMW-Nissan project builds on BMW’s ongoing commitment to participate in joint partnerships designed to expand DC Fast charging options nationwide for all EV drivers. Together with Nissan, we are focused on facilitating longer distance travel so that even more drivers will choose to experience the convenience of e-mobility for themselves.”

END_OF_DOCUMENT_TOKEN_TO_BE_REPLACED 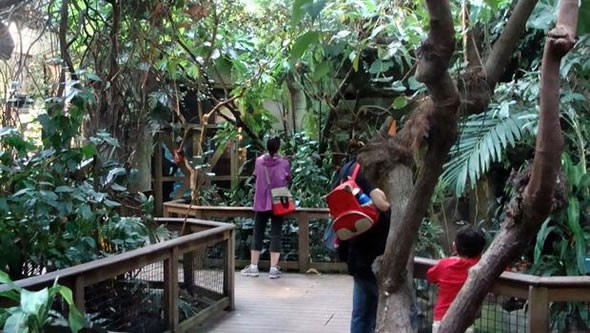 Some sustainable actions may lead to happy community deeds while others simply enforce goodness upon the masses. This is the kind of enforcement the planet could deal with. Vancouver, for instance, has a law that pretty much settles all tree-cutting disputes. The city will collect a $750 security deposit from every person who axes down a tree. The money will be refunded only after the person proves that they have planted and cared for a tree for at least a year. This action has been decided basis an insight that over 25 percent of tree canopy has reduced over the last two decades. Moreover, those pledging to plant a new tree simply plant a sapling or a seed and let it perish. This new rule will ensure that the tree is nurtured till it is in full flourish.

END_OF_DOCUMENT_TOKEN_TO_BE_REPLACED 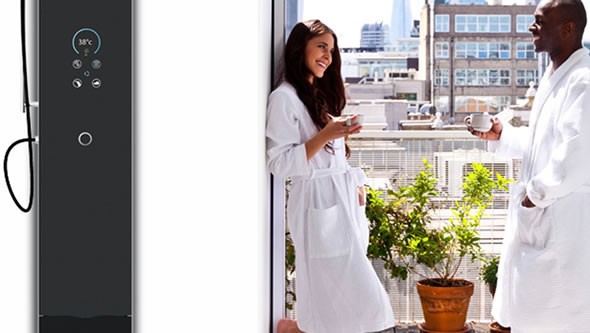 Hamwells has introduced an amazing new means of taking a shower without being too wasteful of water. The shower pumps out recirculating water to make it reusable and safe. This not only cuts down the water usage by 90 percent but also uses 80 percent lesser energy than contemporary showers. The filtration is considered to be so effective that water can be reused up to seven times! You could scrub yourself with the low-pressure classic feature first and then resort to the refresh cycle that splashes water at higher pressure towards you. The idea of an e-Shower also means that it is more intelligent than the soon-to-be-erstwhile faucet-only systems.

END_OF_DOCUMENT_TOKEN_TO_BE_REPLACED 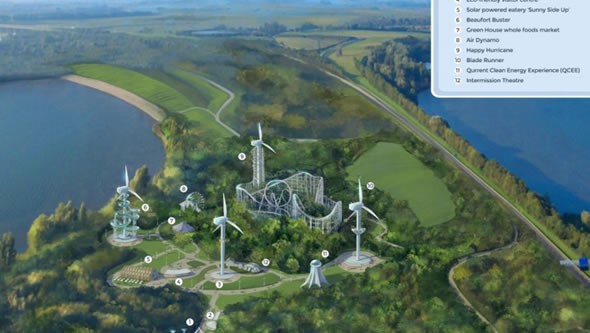 To dispel the myth that all sustainable actions are sacrifice and compromise, Dutch renewable energy company Qurrent came up with a novel idea that introduced the element of fun to all sustainable actions. In a collaboration with Jora Entertainment, the company designed a theme park that is complete with exhilarating rides. The park serves as both an educational as well as a recreational zone according to Richard Klatten, CEO of Qurrent. He adds that within the next decade, wind energy will be ubiquitous and we agree that people need to acknowledge and appreciate this. The theme park spans 8,000 square meters and all rides within it are powered by wind turbines that are strategically placed around the park. Among the most thrilling rides here is the Beaufort Buster, which is basically a water slide that spirals around a wind turbine.

END_OF_DOCUMENT_TOKEN_TO_BE_REPLACED 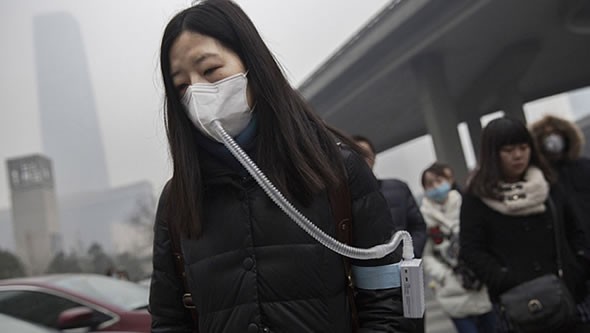 China is renowned for its polluting habits and as nature turns against them, many parts of the country are completely soaked in the perils of highly polluted air. Cashing in on this as an opportunity to share the wonders of natural resources, Canada’s Vitality Air has prepared a solution that could offer temporary relief to the Chinese. They will be selling cans of fresh clean air and oxygen to folks in Beijing, which is among the worst hit geographies. The will be leveraging China’s e-commerce site, Taobao and selling the bottles to needy citizens. The first 500 pieces sold out almost immediately. Another 700 bottles will be sent to China.

END_OF_DOCUMENT_TOKEN_TO_BE_REPLACED

A Japanese town where citizens treat 80 percent of garbage themselves 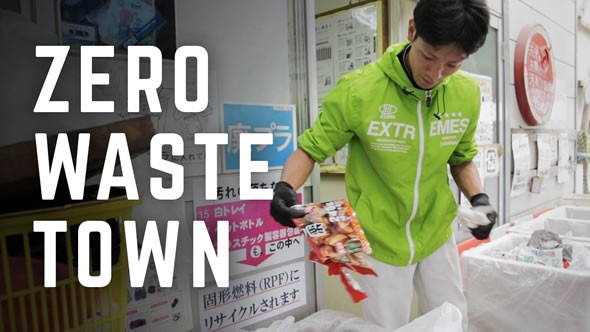 How wonderful would a world without garbage be? While recycling and reusing are amazing buzzwords, implementing them as practices is a tad more challenging. However, it isn’t possible. The town of Kamikatsu in Japan has proved this over the last 15 years with an implementation in 2003 that enforced a rigorous recycling program. Thanks to that effort, today, the town today either composts, recycles or reuses 80 percent of its garbage. The landfill only needs to deal with the remaining amount that is more than manageable. As per the ruling, residents are required to wash and sort anything that is not compostable. Only then will the recycling center accept the trash. Around 34 categories detail out the items that need to be treated.

END_OF_DOCUMENT_TOKEN_TO_BE_REPLACED 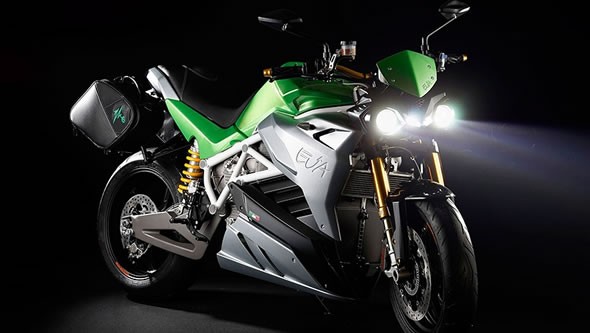 While great design is a prerequisite in motorcycle purchase decisions, it is also absolutely necessary to ensure that performance doesn’t take a back seat. The Eva electric motorbike manages to marry both worlds and to make it all better, it does so sustainably. The 100 percent electric motorbike is made in Italy. It comes without a gear box in lieu of which, it packs a permanent magnet oil cooled motor that can take it to a range of 200 km and reach speeds of up to 200 kmph. The primary highlight of the motorcycle is the vehicle control unit that continuously manages the battery, electric motor, charger and even the anti-lock braking system. Thanks to the powerful electric motor that produces 70 kW of power and 170 Nm of torque, riding an electric bike has never been less cumbersome.

END_OF_DOCUMENT_TOKEN_TO_BE_REPLACED

Vatican teams up with documentarians to project images of endangered species 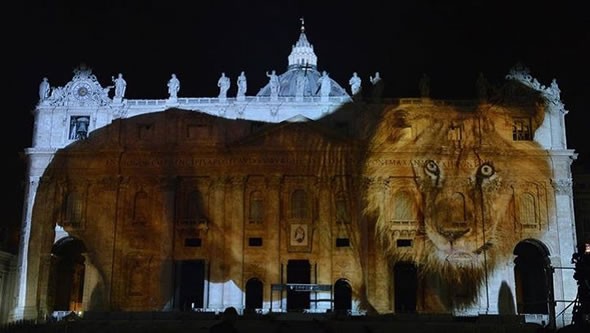 Where the faithful gather is where hope and faith are most prevalent. In its bid to support the protection of endangered animals, the Vatican partnered with Racing Extinction’s film producers to make a bold statement. Racing Extinction is a documentary that sheds light on the possibility of mass loss of species that can be caused by wildlife trade and pollution as well as the darker underbellies of the oil and gas trade business. The Vatican was used to project giant images of the world’s most endangered animals. The light display used St. Peter’s Basilica as the canvas and it attracted thousands of on-lookers.

END_OF_DOCUMENT_TOKEN_TO_BE_REPLACED 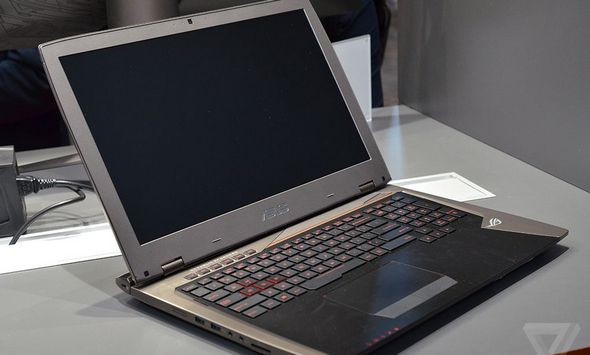 It’s been a really big year for gaming laptops as we’ve seen the latest and greatest gaming components making their way into laptops, from PC-grade processors to desktop graphics chips and mechanical keyboards. But now Asus have gone one step further and produced the world’s first liquid cooled gaming laptop the Asus ROG GX700, and its looks incredible!