Your daily dose of beef is destroying the Amazon Rainforest 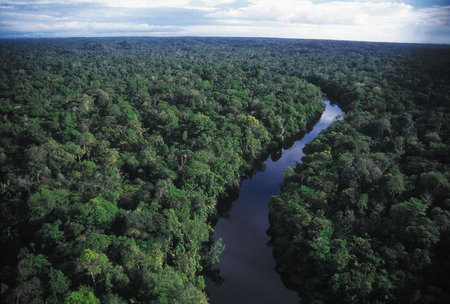 The deforestation of tropical forest for is estimated to produce 17% of the world’s greenhouse gas emissions and cattle farming is the biggest threat to the remaining Amazon rainforest. Reportedly, a fifth of the Amazon forest is already lost since 1970. The Greenpeace report compiles government records, company documents and trade data from Brazil, China, Europe, Vietnam and the US to piece together the global movement of meat, leather and cosmetics ingredients made from Brazilian cattle. The western demand for beef has reportedly increased over the past few years and given rise to a lot of cattle ranches leading to deforestation of the Amazon.

Supermarket chains in the UK are accused of buying meat from these illegal farms and are also being dragged into the case. The Greepeace report said that, Bertin and JBS source cattle from illegal farms, and ship the beef and hides to facilities in the south of Brazil for export. It also claimed that cattle from hundreds of farms across the Amazon are mixed and processed so it is impossible to trace the origins of products. In the wake of this situation some Brazilian Supermarkets including Wal-Mart have already banned beef from deforested areas.
The Brazilian Association of Supermarkets said it would cancel supply contracts with accused farms. The World Bank has also indicated to withdraw a loan of $90m (£54.47m) to Bertin, which Greenpeace says was used to expand activities in the Amazon. Greenpeace is urging companies to refuse to buy products sourced from farms that have carried out illegal deforestation. It also wants consumers to persuade supermarkets and high-street brands identified in the report to clean up supply chains..
[Guardian]