Wind energy operators asked to plug out due to excess energy, paid £263,000 in compensations 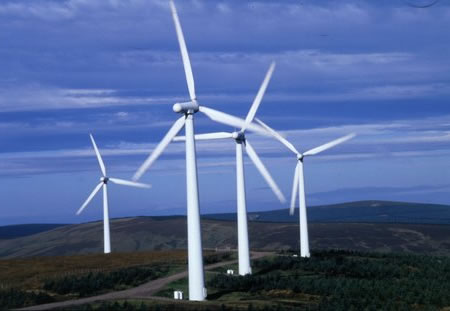 As the world turns towards greener energy use, wind farms in Scotland have had their plugs pulled out instead! Six Scottish wind farms have now stopped energy production after the National Grid ended up overloaded with energy last month, on a windy night. That seems fair. What took us by surprise was the compensation the operators were paid by the National Grid for plugging out! Payments worth 20 times the value of the power they would have produced were paid out to the operators, one receiving £312,000, while another benefited by £263,000 from compensations. Too much of a good thing turns everything sour, that’s what the government probably learned from this incident that was pulled out from below the covers by Renewable Energy Foundation, a green watchdog organization.

With proper back-up systems put into place, the National Grid could’ve easily stored the excess energy and diverted it to areas that face energy crises instead!
[Telegraph]