US Navy to miraculously make fuel out of sea water 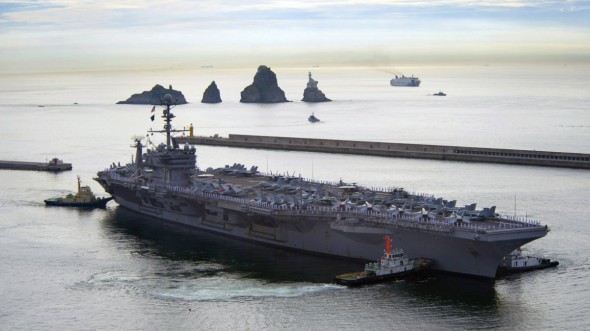 The fuel reserves in the world are depleting at an alarming rate. This means one thing for sure! We need a substitute. Given that most recent substitutes also need to salvaged from other sources, where production time is another barrier. So, the US Navy that depends more on fuels than most other offices is in the works of creating a fuel source out of sea water. The Navy has already pledged to cut down petroleum use by half in 2015 and create alternative sources for its jet fuel by 2020. Now, a team led by analytical chemist Heather Willauer ‘is currently developing technology that sucks up the gases necessary to produce synthetic jet fuel for ships right out of the seawater they tread.’

The system currently uses a tri-chamber cell that accrues sea water for further treatment. Jet fuel produced using this method could cost anything between $3 and $6. However, the Willauer believes that this method could be a commercial success only after 10 to 15 years.