Tokyo to impose its own carbon emission standards 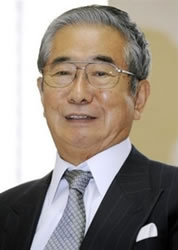 Tokyo will target reducing greenhouse gas emission by a total of 25 percent by 2020 from the 2000 level. Shintaro Ishihara, an acclaimed novelist turned politician, is known for his blunt nationalistic remarks including denunciations of other Asian nations. But he is also known for environmental consciousness and imposed a total ban on heavily polluting diesel vehicles inside Tokyo. He has now proposed a new ‘cap-and-trade’ system to manage carbon emissions in Tokyo, Japan. Under a “cap-and-trade” system starting in 2010, the Tokyo government would require major businesses to reduce carbon emissions while creating an economic incentive by allowing the trade of emissions credits. The move by Tokyo — which with 13 million people is one of the world’s largest cities — is reminiscent of action taken by California, the biggest US state, which launched climate measures despite resistance from President George W. Bush. Japanese Prime Minister Yasuo Fukuda has vowed to push forward action on global warming at the July 7-9 summit of the Group of Eight rich nations. Environmental activists said they hoped the rest of Japan would follow Ishihara on climate change.

Some business leaders and bureaucrats have rejected a cap-and-trade system, saying that Japan should instead champion its “sectoral” approach of improving efficiency in each industry sector. Japan is far behind in meeting its Kyoto obligations as its economy steadily recovers from recession in the 1990s.
Source