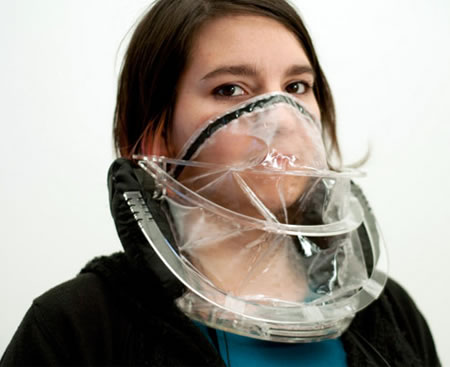 Has your better half been whimpering for a necklace lately? Well, this “necklace” would be a better, though ugly gift for her, taken that it’ll help the environment and her, instead of shining and sparkling. More of a mask than a necklace actually, this one was sculpted out by Brazilian designers Martina Pagura and Pedro Nakazato Andrade. Known as the W/Air, this mask or necklace, whatever you’d like to call it, removes carbon dioxide from the air. That’s not all. If you’d rather shrug it off and plant a tree instead, get a hold of this too. The necklace mask stores this carbon dioxide in a battery-like device, converting it into electricity for use later.

Now it surely wouldn’t make a fashion statement, not on earth, or any other planet in the solar system. You probably wouldn’t dream of wearing it to a party. But think about this. In future, masks like these could be our only chance for survival on our degrading planet! 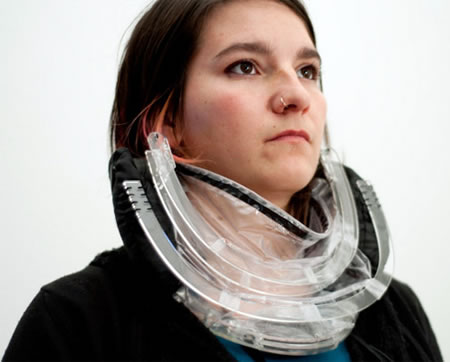 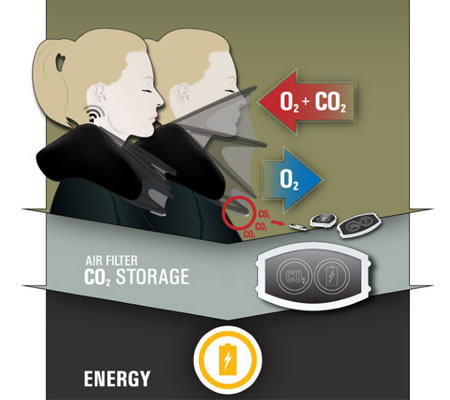