The Global Quest for Cleaner Manufacturing 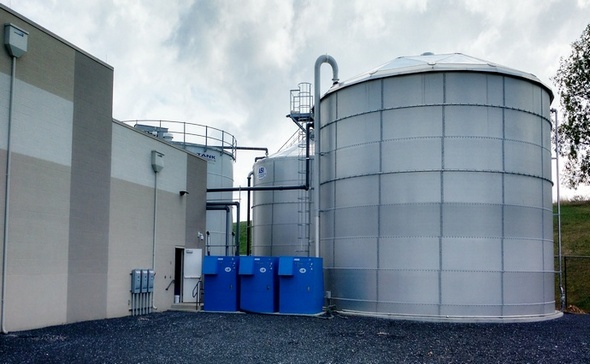 In the earliest days of the environmental movement, the focus was on low-hanging fruit. Smokestacks were belching unfiltered emissions into the atmosphere. Waste was dumped directly into streams and rivers, or in solid form on unprotected land. In time, a combination of federal, state, and local regulations brought most of these obvious problems under control.

However, that did not end the pursuit of cleaner manufacturing. Instead, the focus began to shift toward refining the processes already put in place, and toward indirect solutions like improving energy efficiency.

Here is a look at some of the things that are being done to make industry a little greener all the time:

Wastewater Treatment
As we noted already, the days of directing sewage straight into a body of water are over, but it’s more than just the obvious chemical and pollutive offenders that are on the radar. Today, there are standards in place that regulate some very specific characteristics of wastewater that can give us even greater detail about what is in the water.

One example is biological oxygen demand or BOD. This is a measurement of how much oxygen is being consumed by organic pollutants in water; the more oxygen being used in the water, the more organic matter there must be. Coming into BOD compliance helps a factory or other facility create less pollution with the water they discharge and creates a baseline for tracking improvement.

Energy Consumption
The most obvious indirect source of pollution from industry is energy consumption. Manufacturing facilities use huge amounts of electricity and natural gas, but unlike the cases of discharge from smokestacks or effluent pipes, it’s not obvious at the site just how much consumption there is. Instead, all the power generated for manufacturing creates pollution elsewhere, at power plants operated with fossil fuels.

This area has received considerable attention from industry without government regulation, simply because energy costs have gotten high enough that there is a significant financial incentive for firms to reduce their energy usage, whether they are required to do so or not.

Energy Generation
Of course, every facility will have to use some energy, so one way the entire manufacturing community can improve its impact on the environment is to use energy that has been created through sustainable methods. In that way, not only can firms reduce their energy costs, they can also create less pollution with the energy that they do use.

The quest toward cleaner power sources isn’t solely the responsibility of manufacturing, but a company can create pressure toward a greener energy community simply by choosing to locate new facilities in areas where clean power is available, or by sourcing their power from green suppliers in areas where deregulated electrical markets exist.

The environment has risen higher on the list of priorities for consumers and firms alike in the last few decades. As the years have passed, it has become more difficult to root out the sources of pollution, simply because the obvious issues have already been resolved. With the improving techniques for cleaning water and consuming energy, the process gets a little cleaner every day, and it creates the possibility of a planet that also gets a little cleaner every day.