Technology Is the Bridge Between Industry Titans and Environmentalists 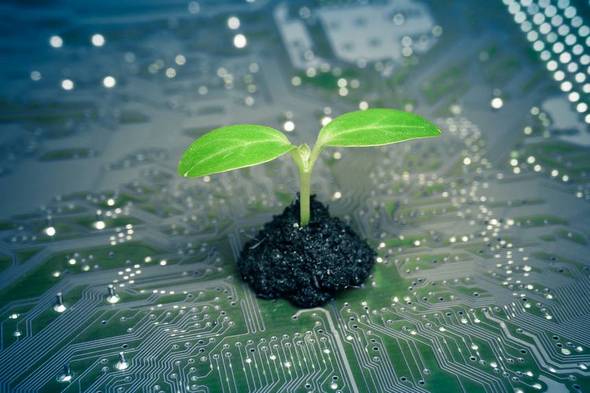 There are quite a few sayings out there which caution people against the dangers of building on unstable foundations. For example, don’t build your home on sand. Or, conversely, do build your home on rocky land. Our culture as a whole has given quite a bit of attention to the idea of using firm foundations, even to the point of continual use of it as a metaphor. In fact, it’s used so much as a metaphor that people often lose sight of the more real-world intent.

The actual fact of the matter is that land quality is a serious concern. Erosion, in particular, is something that people really need to keep a close eye on. Until fairly recently it would often be outside the scope of the average person’s ability. This is true in terms of early observation and effective countermeasures. This obviously leads into question as to what’s changed. And the answer is really two-fold. The simple answer is that technology itself has dramatically changed how people relate to almost every aspect of the environment. But the more accurate answer demands a closer examination of individual details.

The underlying intent
To begin, the underlying issue with erosion control usually comes down to the seedbed. This might remind some people of the 1930’s Great Dust Bowl. This event was marked by massive ecological upset. Pictures of the time show desperate farmers covered in dust and dirt. The wind whipped soil around and plants couldn’t take root.

This has led to differing ideas for seedbeds. More and more people are realizing that there might be ways of utilizing the seedbed without being overly disruptive of the environment as a whole. And as one might expect, the real key here is technology.

Part of these advances is also due to cleaner manufacturing methods. This creates a situation where the best minds can exercise the full range of their creativity. They no longer need to feel constrained by manufacturing methods which could turn a solution for one type of pollution into the source of another.

Real world change
A good example of all of this can be found with stabilizing blankets. These advanced blankets come in multiple forms. They’re actually able to not only hold everything in place but also work as a biodegradable source of additional nutrients, though more permanent solutions are also in place. These can be a green solution as well. A multiple use item might not be biodegradable. But it also keeps transport, manufacturing, and delivery issues to a minimum. This can turn into a huge overall reduction in carbon footprints.

Another hot item comes in the form of more adjunct technologies. These are technologies which make otherwise difficult ideas much easier to implement. For example, a clean hydraulic system might not be viable for many people. But this can change dramatically when new organic adhesive tackifiers essentially glue together hydraulic mulch.

Linking different worlds together
Earlier, we considered the idea of technology as a bridge between different social spheres. It might not be readily apparent at first. But all of these ideas show just how true the concept is. At the end of the day, the large corporations simply want to turn a profit.

How they’re able to make that profit will matter to some companies. But almost all of them bend to public concern. This means that as environmental consciousness grows, so will the resources provided by large corporations. This can already be seen in the larger consumer space. Greener portable tech has been a slow burn. First to more outdoorsy type, then to urban preppers and the like. But these days it’s not at all uncommon to see small solar panels in the windows of suburban homes or even cars. A similar progression is in place with erosion control.

As with solar panels, it started off as a sacrifice for people who wanted to do the right thing. But as corporations got on board, the right action suddenly became the most cost-effective. And we’re finally there for quite a few aspects of general erosion control. The future’s wide open to some amazing advances, as well.