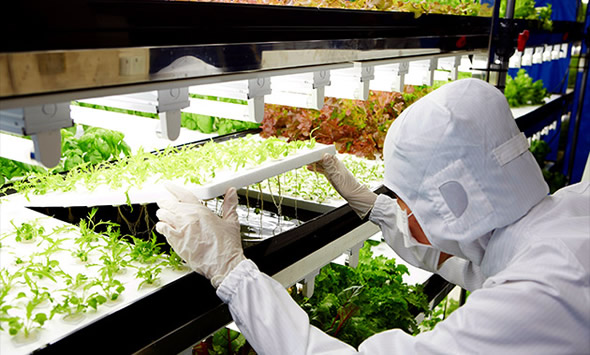 Toshiba is better known for giving the world a dash of technology every now and then. Never before have we heard of this company growing vegetables. As alien as it sounds, that’s exactly what Toshiba is up to lately. The Japanese electronics giant is looking forward to producing 3 million bags a year, which in turn will strengthen its position as a healthcare company. Using all the technology it has got at its disposal, we think this isn’t going to be extremely difficult for the company either!

On previous account, companies like Sony and Fujitsu have vegetables indoor too. While the former converted a closed semiconductor factory in Miyagi prefecture into a lettuce growing indoor farm, the latter now grows low-potassium lettuce in Wakamatsu. Is this yet another innovative way to keep employees from playing FarmVille at work? We’ll leave that to the Human Resource realm to figure out.