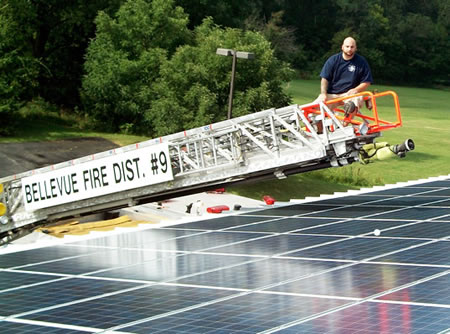 New York Bellevue Fire District No. 9 station’s firemen sure have a lot less to worry about, especially when it comes to power management and the carbon footprints they’ve been leaving behind all this while. And that’s because the fire station is now adorned with a crown of photovoltaic panels that are busy soaking in the sun and generating some energy for the firefighters and their station. This huge installation was funded by the New York State Energy Research and Development Authority and uses 140 panels rated at 200 watts each producing more than 23 kilowatts of electricity. The firefighters hope this will do away with the stations power consumption by at least 14%.

The station is a busy place and spends a load on electricity bills. Hopefully, these panels will shorten them by at least $200,000. Besides the panels, the station is also connected to the grid, just incase the sun hides away. It’s nice to know that those friendly and courageous firemen are gong green too. 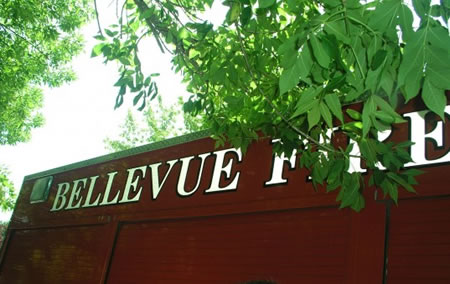