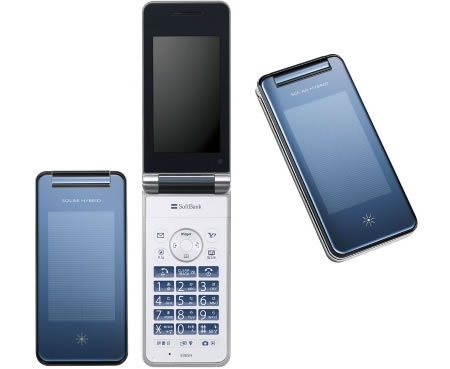 Vehicles, showers, bikes, home appliances, and cell-phones. The world is suddenly reverting to consider the Sun God for power. Softbank Mobile has released Sharp’s solar-powered 3G clamshell phone called 936 SH in Japan. It has a three inch LCD screen with decent resolutions and also features a 8M camera which is hand shake detection and auto-focus. It is also waterproof. It gives up to 230 minutes of talk time and 300 hours of stand by which is not too bad.

It comes in various colors including navy, earth, green and white. Sharp has been keeping up in the news with various other solar initiatives. It recently tied up with KDDI to launch a green phone. It had even conceptualized a device to allow users to know how much energy they use and consume. They definitel
[Aving]