Sewage plant to be named after George W Bush 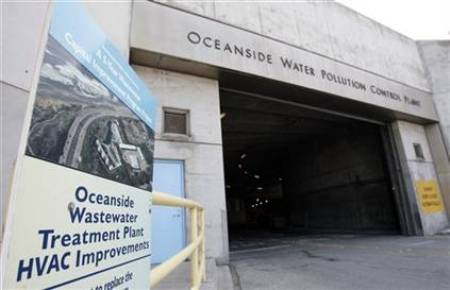 Everyone wants to remembered after they are long gone, be it as a wage memory or as a legend of their times. When it comes to being the President of the USA, it’s not that hard to be forgotten considering the remarkable achievement one already may possess in being a president of any country. Nevertheless, no one would like to be remembered or even associated let alone be named after a garbage dumping ground. The Presidential Memorial Commission of San Francisco wants to switch the name of the Oceanside Water Pollution Control Plant to the George W. Bush Sewage Plant. Supporters hoping to put the issue on the November ballot turned in more than 10,000 signatures to San Francisco election officials. It takes just over 7,000 valid names to qualify and the group expects to find out later this month whether they made it.

They think that it’s important to remember leaders in the right historical context to what they achieved and considering that after his reign is over it would take a good 10-15years to clean up the mess he made it suits his memory well. The ‘mess’ includes the aftermath of the Iraq war and what they see as a neglect of domestic economic issues among many others. A former spokesman, Patrick Dorinson for the California Republican Party now running a communications firm in Sacramento shunned the proposal calling Californians whacky. He went on to further state the benefits of the plant, on second thoughts it l doesn’t associate with Bush’s tenor because it causes more benefits to the community than to itself.
Via