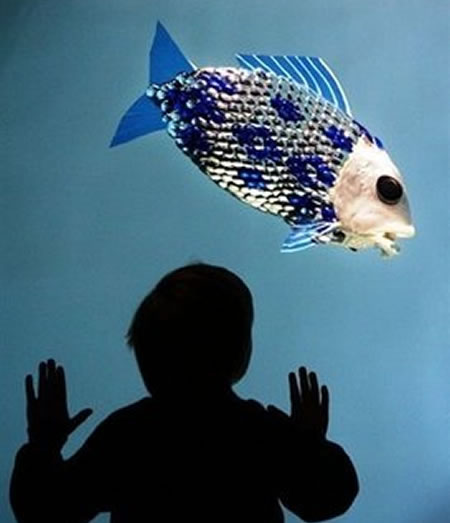 Scientists in Britain are set to find out the pollution in the seas by sending out a shoal of robotic fish into the sea off Spain. The fish will be around 1.5 metres long and will resemble carp. They will be fitted with detectors that can identify the sources of pollution like ship fuel or other chemicals. These fish robots will have an eight-hour battery and won’t require remote control. They will be released in 18 months. This is a three-year joint project between engineering consultancy BMT Group and researchers at Essex University.

Five robots will be released into the Bay of Biscay at Gijon in northern Spain where each cost 20,000 pounds. If this works out, it seems more of these fish will be sent out to check on the pollution. And then maybe somebody will find a way to clear this pollution. How we evolve.
[Yahoo]