Researchers from univ of Washington find voltage from trees 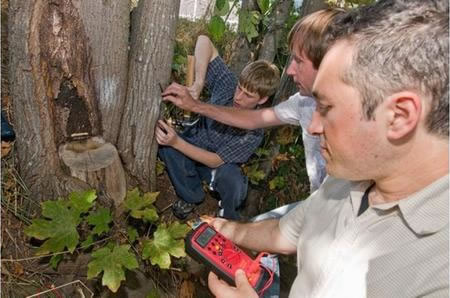 Forest fires have caused a lot of havoc, misery and distress over the years for people who have been victims. Researchers at the University of Washington (UW) has thought of an idea to run an electric circuit from the power generated by trees as they feel it should be enough to run wireless sensors that could be used to detect environmental conditions or forest fires and could also be used to gauge a tree’s health. This study is a follow up of last year’s study by a team from Massachusetts Institute of Technology (MIT) that found plants generate a voltage of up to 200 millivolts when one electrode is placed in a plant and the other in the surrounding soil. The team ran a circuit solely off tree power recently and proved their point. The study took a new shape when one of the researchers, Carlton Himes , used nails on the trees and connected a voltmeter to find that big leaf maples generate a steady voltage of up to a few hundred millivolts. The team then developed a boost converter that takes a low incoming voltage and stores it to produce a greater output. The circuit is built from parts measuring 130 nanometers and consumes on average just 10 nanowatts of power during operation.

The team is not able to say exactly where this voltage in the trees come from but have seen some similarities to what happens in the human body, but with lower speed. This study will appear in the journal, Institute of Electrical and Electronics Engineers’ Transactions on Nanotechnology. 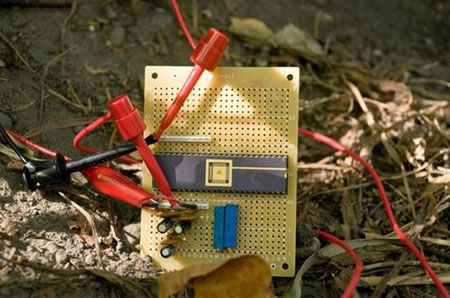