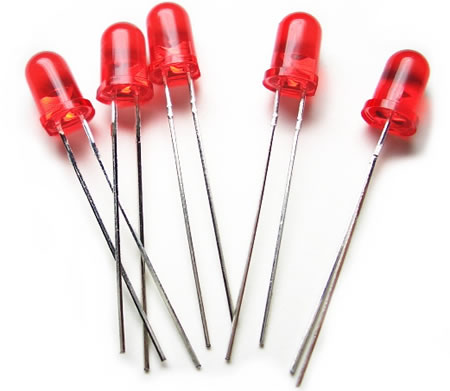 The red LED has broken a record now, turning out to be more efficient than any other diode that operates at the same wavelength, after having its efficiency raised by up to 30% by Osram Opto Semiconductors, creating a high-performance red light-emitting diode. Usually used in the vehicle taillights and brake lights, illuminating buildings, warning lights, and to generate one of the base colors in small projector, red LEDs with higher efficiency are capable of emitting a higher light output at the same level of power consumption. To some extent, this helps save space too, taken that fewer LEDs are needed. The red Golden Dragon Plus LED developed emits at a wavelength of 615 nanometers (nm) and delivers 119 lumens of light per watt at a current of 350 milliamperes with a high efficiency of 44%.

This one also reduces wastage of heat by 50%, reducing cooling requirements and can be incorporated in a smaller design. The company also has decided to extend this technology to yellow (590 nm) and hyper red (645 nm) LEDs in the future.
[Physorg]