Queen of England switches over to biofuel powered Bentleys 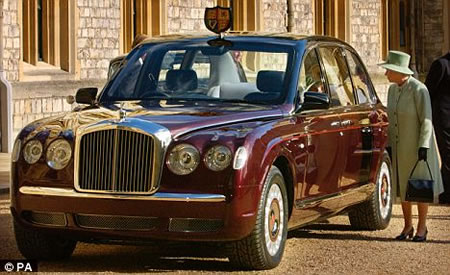 With the media monitoring every move of theirs, it is difficult for the Royal family to keep the glare of publicity at bay. However it’s the green limelight that they won’t mind basking in. The latest from Buckingham Palace is that Queen of England is going to ride in biofuel powered Bentleys. The Queen has given a nod to replace the engines of the two state limousines with more eco-friendly engine that can run on plant-derived fuel. And this ‘flex-fuel’ system will also allow the vehicles to run on conventional petrol. Priced at £10million each, these majestic vehicles will not leave a trace of carbon footprint when powered by the vegetable fuel. Such a new powertrain will also offer a 40 per cent fuel economy improvement by 2012. Three cheers for green royalty!
Source