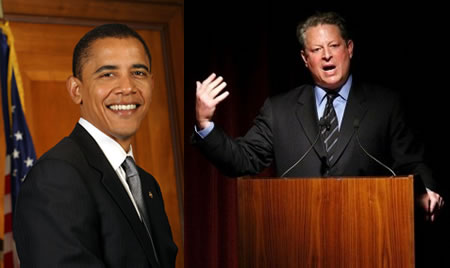 The whole world watched the first African American President take his oath to become the 44th President of America. But how many of us wondered how green the whole event was. Though I am still clueless about the green rating of the Inauguration or Oath ceremony, here is a report on the Obama 2009 Green Inaugural Ball that took place the previous night (January 19th) to honor the President Elect and his new administration. With such a large event, it’s a challenge to keep up with the green status. Recycling and reusing the waste, offsetting carbon footprint, Led lighting, controlled paper usage and using recycled paper for printing material are a few of the green features. However the highlight was the Green Carpet that greeted the guests.

Provided by Bentley Prince Street, it is crafted out of 10% consumer waste with 100 percent renewable electrical energy. And after the event, it was intended to be completely recycled. And one point that was hard to digest is expect the high profile guests on the list to use metro, walk, or drive a hybrid to the event to minimize emissions from transportation. Now that was too much to ask of those attending the Green Inaugural Ball!
Source