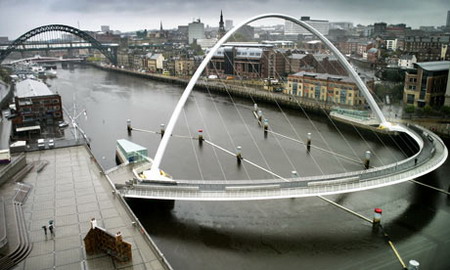 People of Newcastle have proved it that economic prosperity and heavy industry should be of no hindrance to make one’s city green and sustainable. Newcastle-upon-Tyne came as a surprise winner this year as it claimed top spot as greenest city in sustainability audit of Britain. The very fact that in the past it had choked with smoke and had cleared its air by putting environment high on agenda makes it’s an inspiring instance for all polluted cities of the world. The city and its residents simple strategy was to plant more trees, increase bio diversity in parks and its river, recycle waste properly and opt for green transport. That’s all it takes to improve air quality and quality of life of a city.

The city has restricted use of private cars and has built amazing underground metro for public transport. It has also installed highest number of electric vehicle recharge points. Emission cut down is the best strategy for reducing carbon foot print. It is important that each city becomes eco conscious and does its bit to tackle climate change whose effects are extremely visible now due to erratic weather pattern. Maybe each nation should have sustainability audit like Britain has to inspire cities to compete with each other on green grounds.
Via Guardian