NASA’s warnings of Antarctica melting will prove true, after 300,000 years 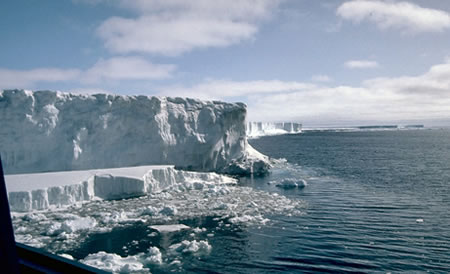 If you do survive for the next 300,000, you better learn to swim. The guys at NASA have looked into their crystal ball once again and have predicted the rising of the sea level globally by 197 feet. According to the Earth Observatory of NASA, the continent of Antarctica has been losing out on around a hundred cubic kilometers of ice annually since the year 2002. However these claims might be false after all, since satellite imagery shows that Antarctica is cooling, and the Antarctic sea ice is expanding. It would roughly take around 300,000 years for all this ice to actually melt and drown us and more than 18,000 years for the sea to rise 60 meters.

Looks like NASA has warned us well in advance!
[News]