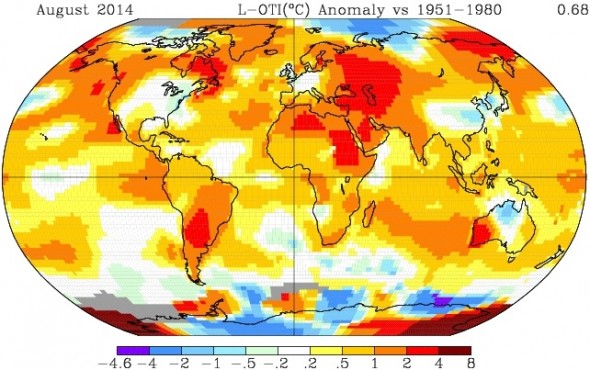 If you’ve been wiping the sweat off your brow furiously all year long, here’s what you should know. NASA, the American agency full of geniuses who usually know more than the average human being, has stated that this August was the warmest August on record, globally! Places like Central Europe, northern Africa, parts of South America, and the western portions of North America saw temperatures higher than usual while larger areas of the oceans around the world were found to be unconventionally warm!

Quoting Jessica Blunden, a climate scientist with ERT, Inc., at the National Climatic Data Center in an email, ““For the past few months we’ve been seeing impressive warmth in large parts of the Pacific … and Indian Oceans in particular.” According to NASA data, August’s temperatures were 1.3°F higher than that recorded in the 1951-1980 period. Is global warming occurring? Of course. Should we care already? Hell yeah!