Jaw-dropping map shows the population of trees in US 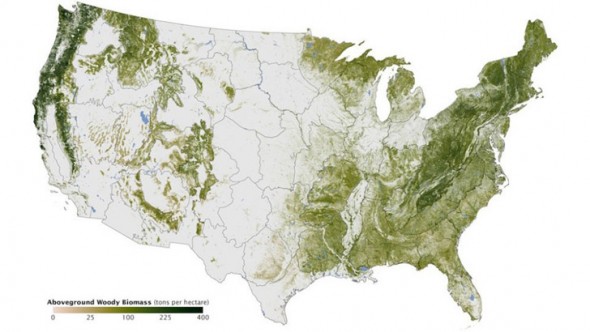 We’ve seen maps and satellite pictures of countries before. None of them have fascinated and left us as awestruck as this one though. Created by Josef Kellndorfer and Wayne Walker of Woods Hole Research Center in conjunction with the U. S. Geological Survey Science Center‘s Earth Resources Observation and Science (EROS) Center and the US Forest Service, this map literally shows the density of greenery in the United States. Simply put, the map tells you which places in the country have more trees and which don’t!

Using a series of data sources including readings collected from space-based radars, satellite sensors, computer models and by also counting trees, this map was brought to life. The map is indeed an interesting insight into the country’s tree population. Have a look and tell us what you think with a comment below!