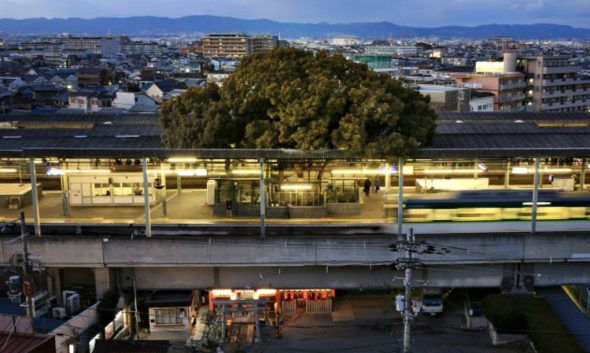 In Neyagawa, a north-eastern suburb of Osaka, the skilfully constructed Kayashima train station stands around a giant camphor tree – a tree that’s been around for seven centuries! When the station was built in 1910, the massive tree stood directly to the building’s right. 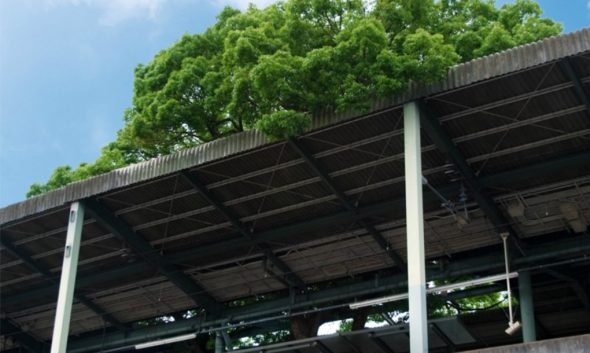 With growing population and overcrowding of the station, there was an obvious need for the station’s expansion in the 70s. However, the tree, greatly revered by residents, has long been associated with a local deity and shrine, and stories were spreading of people being harmed who touched the sacred tree – like someone who cut it developing high fever or a white snake being seen wrapped around the tree. Stories also began circulating that the tree was angry and anyone who dared to cut it down would be cursed with bad luck. Quite naturally, all the initial plans contemplating the tree’s removal caused a major uproar. 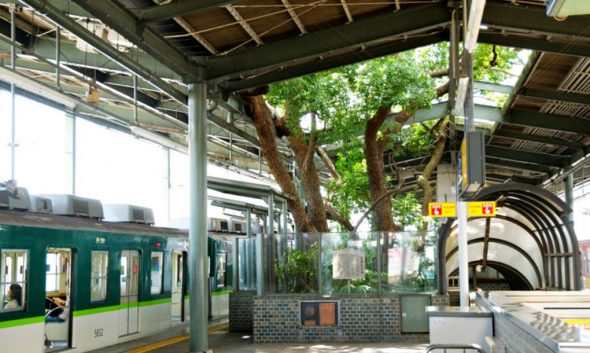 Bearing all these factors in mind, officials gave in and devised fresh plans to include the sacred tree in the station’s unique architecture. The tree was intelligently incorporated into a new elevated platform, and there is a big hole cut into the platform’s roof to accommodate the royal tree’s height. The work finally saw completion in 1980, following which, happy residents and officials also created a small shrine surrounding the tree’s base.

Whether it was the known Japanese respect for nature or pure superstition, the Big Kusu Tree of Kayashima’s story is proof that community activism can indeed bring out amazing outcomes.