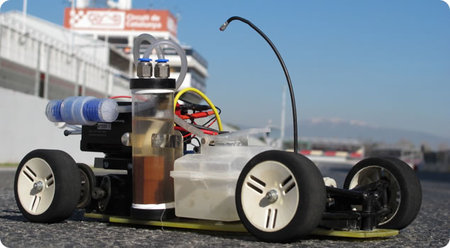 Soda can pull-tabs lead pretty insignificant lives. They’re tossed away into trash-cans as soon as the can’s opened up, and the soda keeps us pretty preoccupied to so much as pay a second glance to the tab we just flicked away. Things are about to change for those poor pull-tabs finally, as they could just be the next best way to power automobiles! No we aren’t day-dreaming. The theory has already been proved with this little fuel cell car developed by Aleix Llovet and Xavier Salueña from Barcelona Tech in Spain that chews on the tabs and has them react with hydroxide of sodium and water in the tank, generating hydrogen fuel in the bargain!

Called the “dAlH2Orean H2”, a name we’re completely incapable of pronouncing, this aluminum-gobbling car could probably pave the way to recycled waste metals and power automobiles in the future! 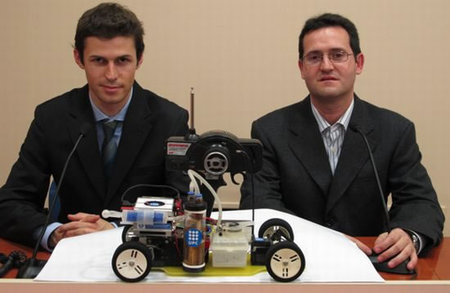