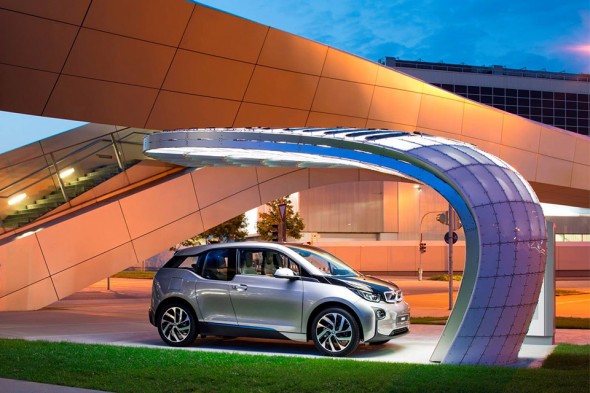 If you’ve taken a sudden fancy for the BMW i3 and the i8, here’s yet another reason why you should reach into your bank account and pull out a wad of cash for one of these. German eco-firm EIGHT has recently unveiled these swanky new EV fueling stations called the Point.One S that have been created to match BMW’s new lineup of green cars. The station has been installed at BMW Welt in Munich as a showcase.

The charging station sports a very organically shaped canopy that’s inspired by a bird’s wing. The canopy includes an array of solar panels that soak in the energy of the sun during daylight to trickle charge into the Point.One S. That’s not all! This charging station will also feed electricity back into the national grid when a car isn’t charging! Tell us what you think about EIGHT’s latest unveiling with a comment below. 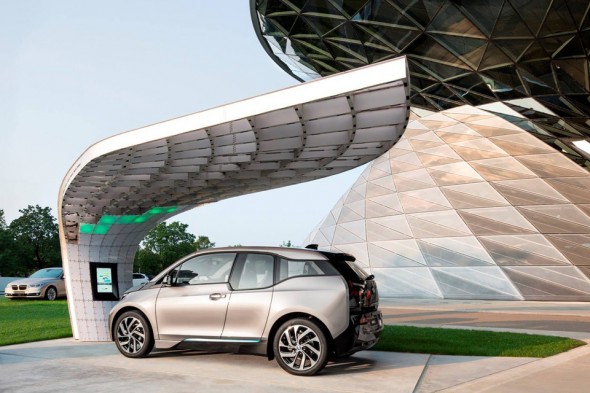 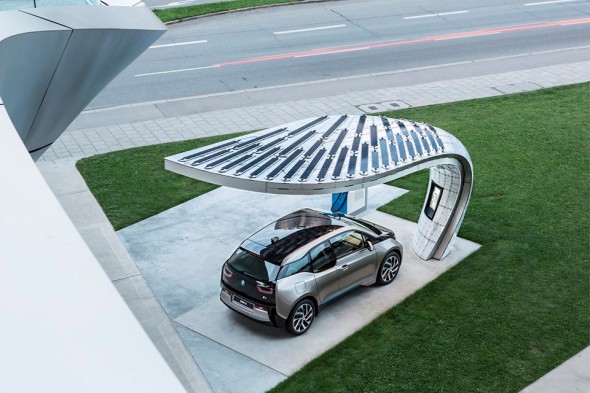 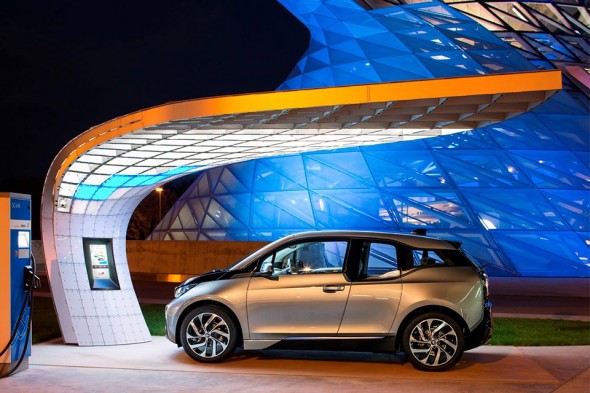