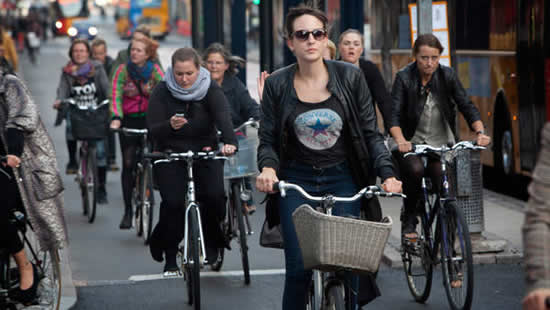 The Danes love their bicycles, so much that a 11 mile bicycle superhighway built between Copenhagen and Albertslund faces regular two-wheeler traffic every day. Uninterrupted by busy main streets and gas-powered traffic, this superhighway passes through nature’s very best and is the first of the 26 bicycle routes to be built connecting Copenhagen, encouraging people to choose their bicycles above gas-guzzlers. As fossil fuels quickly near extinction, the world’s been looking for cleaner and greener ways to get around, and the good old bicycle still remains an unbeaten mode of transport for many. All said and done, we applaud the Danes and the authorities in Denmark for this spectacular and visionary project being undertaken and hope that these bicycle superhighways show up around the globe too!