Can e-cigs save the environment? 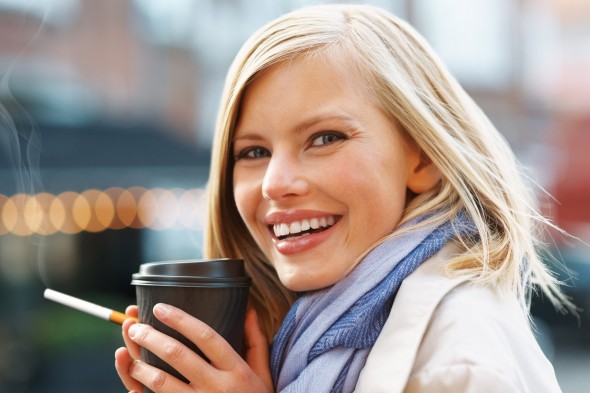 Everyone knows by now the implications smoking can have on health. Whether it’s through direct smoking or the effects of second-hand smoke, there is lots of information out there about the impact smoking has on the human body.

But what about the effects smoking has on the environment? This is far less documented, but has as much of an impact. So, could this mean e-cigarettes could save the environment, as well as lives?

Tobacco harms the planet
While cars are often the focus of environmental campaigns, cigarettes could well have as much of, if not more, and impact on air pollution. According to researchers from Tobacco Control in a report on Medical New Today: “Environmental tobacco smoke produces fine particulate matter, which is the most dangerous element of air pollution for health.

The particulate matter produced by the burning cigarettes was 10 times higher within cigarettes than from a running diesel engine.

While naysayers may suggest cigarettes are tiny in comparison to cars, the environmental effect is just as significant. While a cigarette weighs only 0.9 grams, the amount of pollution they can produce in a small area is 10 times this amount.

E-cigs for the environment
E-cigarettes are designed to cut out the harmful products of smoking and simply release the addictive elements of the cigarette; the nicotine, alongside a water vapour and other harmless products.

This means the particulate matter is completely eradicated when ‘smoked’, which completely reduces the amount of air pollution, created as a result of smoking. But it’s not just the ‘smoke’ itself which can save the environment.

The battery of an e-cig is rechargeable, which not only means tabs are not thrown onto the floor or into waste heaps, but the battery itself needn’t be thrown away either. Furthermore, when the nicotine needs replacing, many e-cigs give customers the option of simply refilling the cartridge, meaning there’s even less waste.

James Dunworth from ecigarettedirect.co.uk said: “Unfortunately regular cartridges are still disposed of in ordinary bins, but many electronic cigarette users are now using refillable electronic cigarettes, which cuts down further on waste.”
To add the benefits, e-cigarettes are generally made out of recyclable material, meaning the manufacturing process is also far safer for the environment than the tobacco growth and paper created for cigarettes.