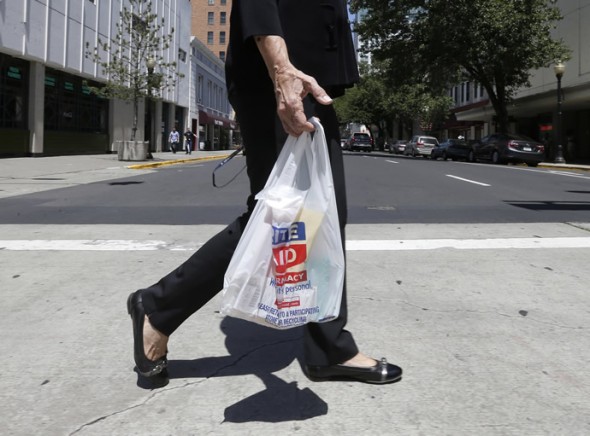 Plastic bags were never a good thing. When you come to think about it, these man-made disasters have pretty much led to the destruction of a significant part of nature, thanks to the reckless disposal of them by us, humans. In a move against these lethal products, the state California has decided to ban plastic bags. Governor Jerry Brown recently stated that he will approve a ban on single-use plastic bags, making California the first American state to do so.

Speaking to Los Angeles Times, Brown said, “In fact, I’ll tell you why I’m going to sign it: there are about 50 cities with their own plastic bag ban, and that’s causing a lot of confusion,” adding, “This is a compromise. It’s taking into account the needs of the environment, and the needs of the economy and the needs of the grocers.” By July 2015, these bags will begin disappearing from stores in California.