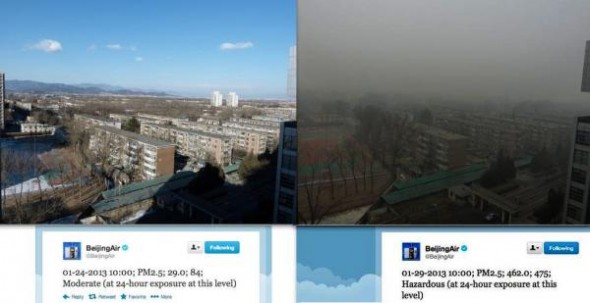 The residents of Beijing were left surprised and utterly disgusted as the city was recently shut down as smog levels reached a record high. Transport routes including roads and airports came to a close to prevent accidents and people were encouraged to stay indoors, to protect their lungs, their eyes and their lives. In fact, the smog levels were so bad that they moved from the “hazardous” index up onto the “beyond index” reading!

We consider that to be enough of a warning for the city authorities to take strict action and encourage folk to change their ways. Electric cars, mass-transit usage and green renewable energy generation could help the city breathe better. That apart, planting a few hundred trees around Beijing wouldn’t hurt too much either.