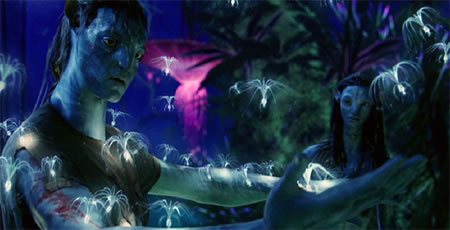 James Cameron’s masterpiece Avatar took the world by storm, and the next two sequels lined up with do the world a huge favor by going green and environment-friendly. To be filmed at the MBS Media Campus in Southern California, Cameron’s Lightstorm Entertainment Production Company has inked a deal to lease the 115,000-square-feet of soundstage and production office space on the 22-acre campus for five years. Cameron was attracted to this campus mainly due to its green features including a water conservation program, eco-friendly paints and cleaning products, sustainable café and craft services practices. To add to that, Cameron will also have installed a solar array out of his own pocket that will juice up all the shooting and production of his next to films!

And that’s not all. James Cameron also plans to give part of the profit made from the film to charity. A true green couple of films, we’re all too enthusiastic of the Avatar sequels!
[MNN]